Wits University’s boxers left their opponents punch drunk after serving them with a flurry of punches and fancy footwork at the University Sports South Africa (USSA) championships held in December 2011.

The boxers, who did not have a coach for most of last year, won seven gold medals which put them in the number one spot as the tournament’s overall champions.

Bakholise Mabuyane, who was the club’s chairperson in 2011, congratulated everyone. “We worked together as a team and fought hard and smart,” she said.

This year the team plan to compete in the Johannesburg championships and defend their title at the December USSA games. “We hope our win last year motivates people to sign up to the club this year,” said Mabuyane.

The best male boxer of the championship, Khayelihle Maseko, proved the old one-two goes a long away after a crowd stirring win in the light welterweight division. Lightweight and USSA 2011’s best female boxer, Hedda Wolmarans, did not get to show much of her skills after her opponent threw in the towel during the second round.

Former Wits boxing USSA champion, Winston Nxumalo was awarded gold for being the tournament’s best coach. The USSA tournament was held at the Wits Old Mutual Sports Hall in the first week of December. 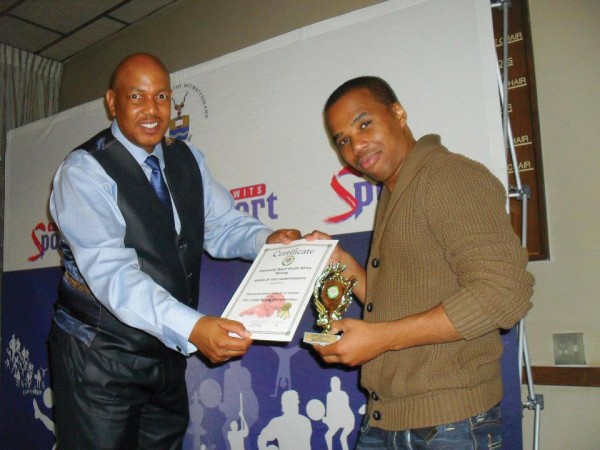