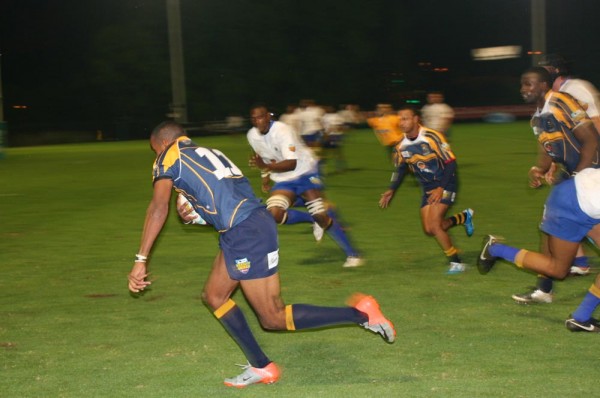 Wits ran in six tries to top the Varsity Shield log at home last night, despite a late comeback by the visitors.

The University of the Western Cape (UWC) placed some early pressure on the home side but were unable to cross the line in the first half.

The result means Wits are two points clear at the top of the table, although second-placed Central University of Technology (CUT) have a game in hand.

Centre, Bronson Lange, charged down a kick and ran the ball over to score Wits’ second try of the night. This meant the home side lead 17-2 at the break in what was a more closely contested first half than the scoreboard suggested.

Wits lock, Charles Baggott, scored the first of what would be a binge of tries in the second half.

An incredible display of pace, stepping and some juggling skills then allowed winger Riaan Arends to finish what would become the try of the match. Arends ran from deep in the visitors half, dodged several UWC defenders and just managed to hang on to the ball when a desperate tackle on the try line almost knocked it from his grasp.

The final result of 43-20 flatters UWC, who had just two points until late in the game when they hit back with a pair of tries.

Wits will be hoping to make it three wins in a row when they travel to the University of KwaZulu Natal (UKZN) on February 20.