After an upgrade and extension process, the library was officially reopened to the public on Valentine’s Day. 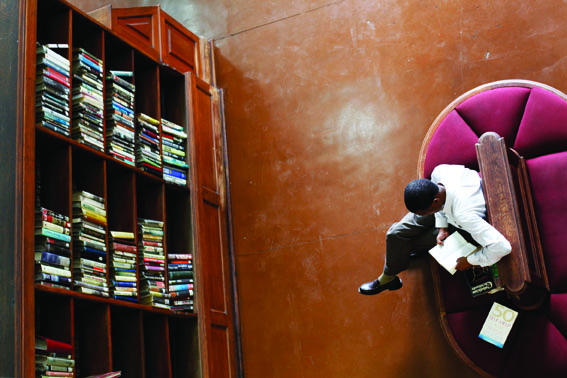 The facelift included repairs and extensions to the original structure which amounted to R68 million.

The first two floors of the refurbishment houses computers with internet access, while the third floor is an area for exhibitions.

There is also an underground theatre.

“We’ll be forming partnerships with tertiary institutions as to what kind of materials we should store in the library for their students. We’ll be giving secondary resources for university students and often prescribed books,” said Monyatsi Ramela, JCL assistant director.

They include Wits, Rhodes, University of Cape Town and others.

“Our collections have been automated and digitised.

It has created a new space for the support of research and postgraduate training.

The six universities have been connected to a research system, where other institutions can access the collections at other universities.”

The library was one of the most prominent buildings erected in Johannesburg during the 1930s. It opened its doors on August 6, 1935.

The current library structure is an amalgamation of two buildings and was designed by John Perry, a Cape Town-based architect.

The library was closed for renovations in April 2009.

“The rejuvenation of the city library gives us an opportunity where people can access research materials, there is also free internet and Wi-Fi which the people can use. We anticipate the number of people using the library will increase, “said Executive Mayor Parks Tau.

A coffee shop is also on the cards. Most of the refurbishment has been completed with outstanding work due to be finished by the end of May 2012.