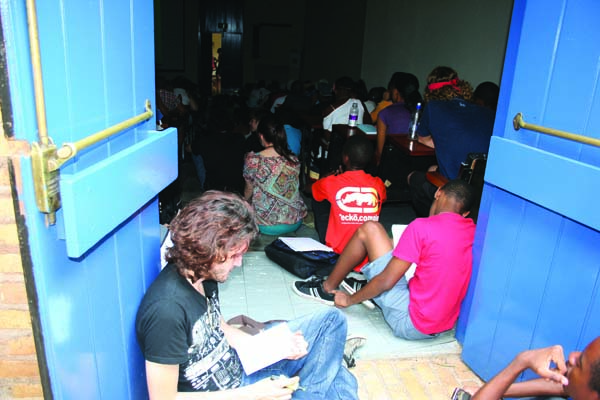 The Art of Learning: A first year philosophy lecture was packed to capacity, as students sat on the aisle stairs. Some students also sat on the floor near the door in an attempt to catch what the lecturer was saying. “I think that philosophy should find a bigger and more open space,” says Maggie Selepe, a first year BA student. Josh Urbaa, who was sitting cross legged against the door, said he has not had a seat for any of his lectures so far. “It’s pretty awful, I sort of expected them to split the class by now. I can’t learn properly. I learn more from reading than from attending lectures.” Overcrowding in classrooms is a common occurrence during the first week of campus. Students who want seats are advised to go to classes early.