BIDVEST Wits will hope their forward players are more clinical in spearheading the attack when the Clever Boys look to outsmart Kaizer Chiefs in Saturday afternoon’s Absa premiership clash at the Mbombela Stadium.

Since the resumption of the premiership the students have had a string of unfavourable results picking up only one from a possible six points in their last two fixtures, with a nil-nil draw against Maritzburg United at home and a 3-1 away loss to Santos.

Wits’s previous games have been uninspiring with the goal-shy strikers looking rusty and showing a lack of precision in their finishing after two months without competitive football during the league break.

Despite this, a calm looking Wits coach Roger De Sa believes the result will go their way “if the team continues in the form they are playing”.

“We should’ve won both previous league games because our performances have not been bad.

Against Santos, especially, we controlled 70% of the possession and were unlucky to hit the post five times,” he said.

Wits aims for a top eight finish in the league this season and there will be no room for error, particularly in defence, if they are to turn their fortunes against Kaizer Chiefs.

The Glamour Boys have proven that “swagg beats brains” in their recent battles with the Clever Boys both in league and cup fixtures.

In fact one would have to look back to 2009 for the last time Wits had a victory over Chiefs.

To add to Wits’s woes, Chiefs carry a confidence-boosting 3-0 victory over Moroka Swallows in their last fixture into this game, and the quest to displace Mamelodi Sundowns at the top of the premiership log is more than enough motivation for the Soweto based team.

Wits reserve keeper, Steven Hoffman, believes the “team’s mindset will improve” and the players will be “geared up” for the Chiefs encounter.

“We have been working very hard in training and it is to our own benefit because at the end it will all pay off,” he said.

The Wits players are prepared to work even harder to overturn their fortunes in the league and start displaying the fast-paced and dazzling football for which the team was once known in the league. 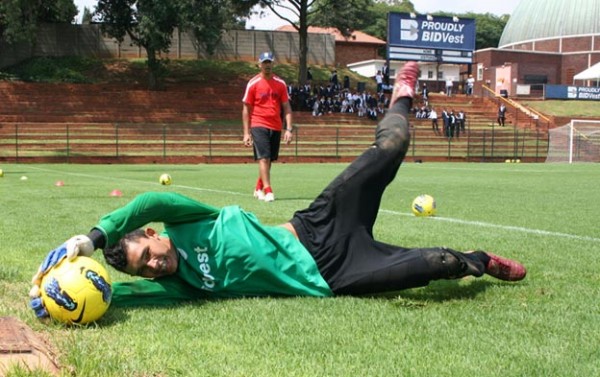