The SRC held a public meeting at the Matrix to give quarterly feedback on its achievements so far and to hear student grievances on Tuesday.

A number of issues including exclusions, residences, the humanitarian fund and school councils were addressed. SRC president Tebogo Thothela said they had worked hard to ensure that not too many students were excluded for financial reasons and that 152 students had already been helped by the humanitarian fund.

Thothela said this year’s Freshers’ Ball had been a huge success despite the security flaws because about R200 000 had been raised and this would be channelled to the humanitarian fund. He said R15 500 was raised through flea market stalls and, for the first time ever, education campus also had these stalls.

Feziwe Ndwayana, former SRC President, spoke emotionally against the use of the tag “humanitarian” in the fund that assists students in need as she felt it was demeaning. She suggested that it be changed to at least “development” fund.

She also asked what the SRC had planned to celebrate Wits’ 90th birthday. Thothela responded that lectures and a golf day were on the cards and musician Sibongile Khumalo was scheduled to perform. Proceeds from the golf day and concert would go to the humanitarian fund.

Students said the absence of an ATM on West Campus means they have to walk all the way to East Campus in order to get cash.

Yusuf Peer, SRC Constitutional and Legal Affairs officer,  promised disgruntled students from West campus that the student body would fight “tooth and nail” to ensure that an ATM machine was installed there as well.

“We have slept in the dean of students’ and the chancellor’s offices to see a problem is addressed and we will sleep there again until our grievances are heard.”

There were also concerns from students concerning recent muggings on campus. SRC vice president said: “We are paying a lot of money here, Campus Control is being paid and we are told we are not safe here?” Vuvuzela published a story on one of the muggings on March 16. 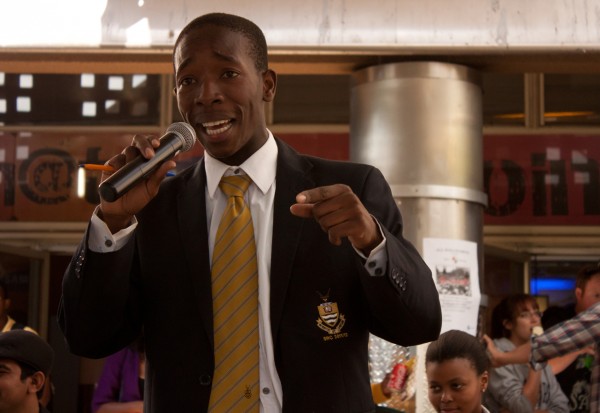