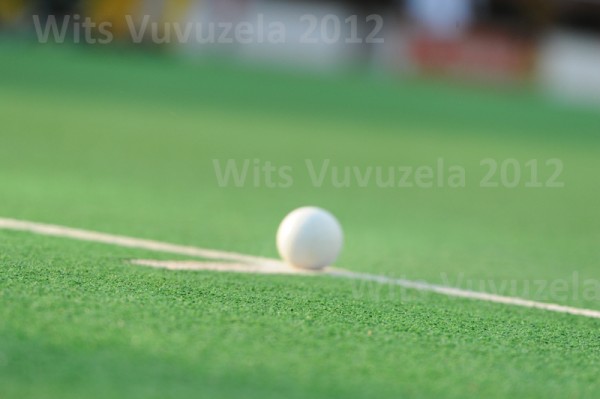 The win pushes Wits into fourth position in the premier league. This places them above Crusaders by just one point. At this stage Wits have three more matches left in the season, only one more than Crusaders.

Five minutes into the half, Wits goalkeeper Carl Zontag was judged to have been fouled deliberately in his own defensive area. Crusaders striker Jonathan Martin was shown a yellow card with a ten-minute suspension off the field.

Wits took immediate advantage of the 10-man side. With an impressive display of individual skill, striker Max Cobbett put in the first goal of the game from a tight angle with a reverse stick shot.

Crusaders appeared switched off for the rest of the half. They conceded another field goal thanks to a good base line run from Witsie Jarryd Povall, who set up fellow team mate Devon Campbell.

Wits went into the halftime break with the two-goal lead.

The second half saw a revival from Crusaders. Wits’ defence, which had seen little action in the first half, was put under considerable pressure and Crusaders managed to pull off a single goal courtesy of a deflection by Brendan Hayes. Despite the added pressure, Wits remained calm and managed to hang on to their slim goal lead.

At the other end, Wits produced a number of chances to increase their score but failed to take their opportunities, which included six penalty corners.

“I was happy with the win,” said Geoffrey Scott, Wits Captain. “We went there and got the points we needed. It wasn’t our best game but it’s a positive sign when we don’t play our best, yet still walk away with 3 points.”

If Wits keep their fourth place position, it would be the best result the Wits Men’s A-side has had in a number of years – especially since they played for relegation at the end of last year’s season.

Wits faces one more tough game, against Jeppe A on August 11. Jeppe is currently third in the log. At this stage bonus points in the other two matches are essential in order for the Wits side to stay fourth.