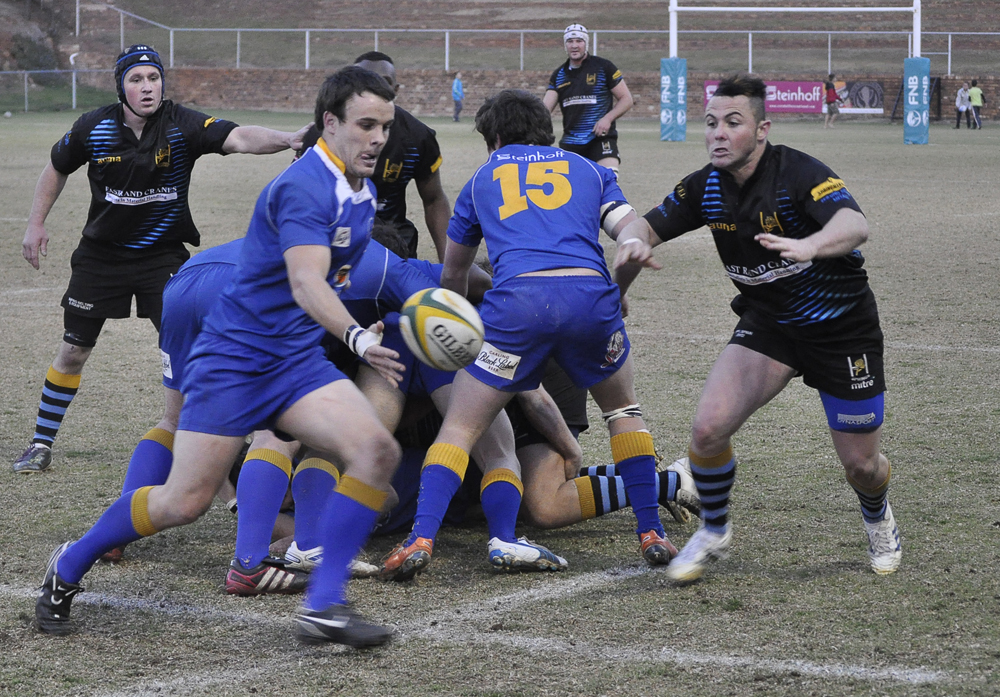 FNB Wits continued their unbeaten run in the Predator league after earning a hard-fought 27-25 victory over a determined Springs side on Saturday at the FNB Wits Stadium.

The victory meant the home side stayed in second position, six points behind league leaders, UJ.

Wits were without influential captain Devin Montgomery, who aggravated an old injury while playing against Union the previous week. The home side played with stand-in captain Paulo Ferreira and in-form lock Rinus Bothma, who are both enjoying a consistent and successful season.

Bothma’s great form continued to show as he scored three of the four tries for his side. It was a significant performance because Bothma was playing in the unfamiliar position of eighth man.

The first half was dominated by the visiting team’s kicker, who managed to bag five penalties successfully, while Wits managed to score two unconverted tries through Bothma and a penalty courtesy of Kyle Peyper.

The opposition was not without their chances. Springs’ poor handling saw them miss two good try-scoring opportunities at the end of the half. The home side went into halftime trailing their opponents by 15-13.

Wits came out in the second half and scored a try within the first 15 minutes through Piers Cooper, who broke a flat defensive line. Peyper converted the try to give the home side a five-point advantage.

Fifteen minutes later, Bothma crashed over the line and scored his third try of the day, confirming a well-deserved man-of-the-match award. Peyper converted another try to extend Wits’ lead to 27-15.

With less than 10 minutes remaining, Wits relaxed their defence and the opposition managed to score a penalty and a converted try to take the score to 27-25, guaranteeing an anxious final five minutes.

As soon as time was up, the home side kicked the ball out to confirm another victory for the season.

Montgomery said the team was on a high at the moment. Earlier this year, they had won the Varsity Shield and gained promotion to next year’s Varsity Cup and now they had performed solidly in the league.

“We are all loving every second of being on winning ways and are working really hard to try and keep it that way and prepare as best we can for Varsity Cup next year.”