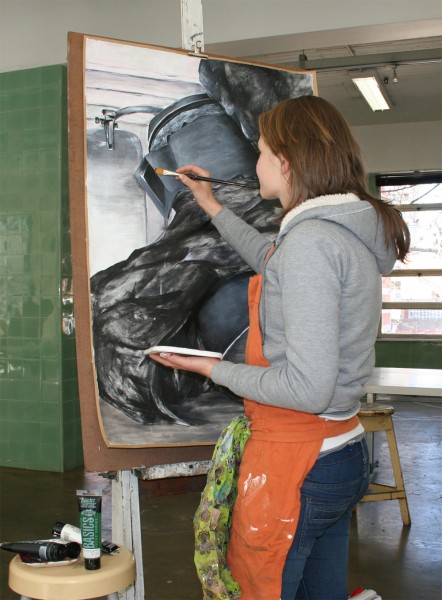 A renowned Australian academic has drawn on the magic of a famous story, Alice in Wonderland, to call on schools to let students play and dream. Curriculum developer Prof John O’Toole said the arts improve learning and boost numeracy and literacy.O’Toole, a Wits Distinguished Scholar, delivered a public lecture entitled A(li)CE in the Hole – the necessity of arts education in the twenty-first century, at Wits on Monday evening.

He said some teachers stifle creativity and collaboration. Instead of encouraging learning through play, movement and social interaction, they tell learners to “Stop laughing. Stop fidgeting. Stop talking”.

O’Toole also said many curricula prevent exploring and replace trial and error with “right answers and penalties for failure”.

He blamed the marginalisation of arts and culture education (ACE) on the Industrial Revolution of the 19th century and the need for an efficient and obedient workforce. He also suggested politicians may fear the arts and the power they have to inspire people to question the status quo. O’Toole alluded to the backlash and legal action against artist Brett Murray and cartoonist Zapiro, following their controversial depictions of President Jacob Zuma.

He also highlighted what he called “the alarming proportion of school failures”, saying schools fail to cater for the needs of some children, who eventually “fall out of the game”.

“We still don’t know what to do about them, other than maybe blame the victims or more and more desperately try Band-Aids,” O’Toole said.

He said ACE is often starved of resources, with governments preferring to pour money into literacy and numeracy classes.

O’Toole, who used to teach in working-class inner-city schools in Australia before becoming an academic, said studies have shown that arts education – especially drama – boosts literacy by 25%, while music and visual arts increase numeracy.

He said his arguments could be applied not only to schools but to universities as well.

Fittingly, O’Toole’s lecture was very interactive, with audience members pairing up to analyse artworks and role play classroom situations. It was also full of humour and word plays. The title of the lecture, A(li)CE in the Hole, was a reference to Lewis Carroll’s story Alice in Wonderland.

O’Toole said he still believed it was possible to change the world of education.

“The White Queen [a character in the story] believed six impossible things before breakfast every day!” he said.

The title of the lecture was also a reference to card games and a play on the abbreviation for arts and culture education, ACE.

“The arts are the real trump in education, the real ACE in the hole,” he concluded.