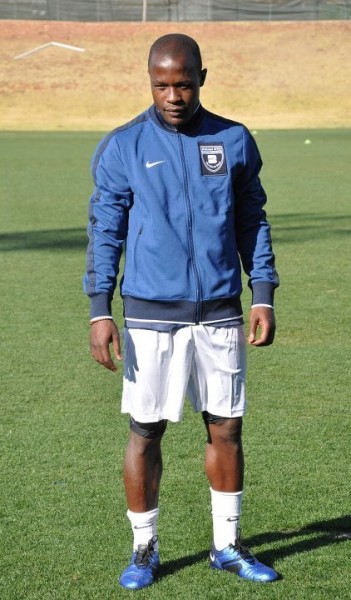 The Kaizer Chiefs midfield maestro was given a three-year contract by the ‘Clever boys’.

In 2003 Ferreira twice travelled to Nengomasha’s house in Naturena, whilst still the Mamelodi Sundowns chief executive, trying to convince him to sign with the ‘Brazilians’.

“At that time I was relatively new in the South African premier league and didn’t want to take the risk of switching from ‘Amakhosi’ to the ‘Brazilians’”, said Nengomasha.

I left Kaizer Chiefs for (financial) security; Bidvest Wits offered me a better deal and a longer contract. I have a big family to take care of hence I opted to grab this opportunity whilst it was still available, he said.

“The one year contract didn’t stand with me well”

On the prospects of success with Bidvest Wits, Nengomasha is happy with the balance of experienced and young players at the club.

“The club has an equal number of experienced players and talented youngsters. This will help create healthy competition within the team. Everyone must fight for their place, I doesn’t matter whether you are from a big or small club,” said Nengomasha.

As one of the senior players within the club Nengomasha says he will strive to inspire and mentor the younger players, in the same way he was guided by senior players when he joined Kaizer Chiefs at the age of 19.

“I was taught well by my previous coaches and teammates to overcome big challenges. The challenge here at Wits is to win the league and add trophies to the cabinet.”

The Clever boys reached the final of the Gauteng cup, losing to Kaizer Chiefs in a penalty shootout two weeks ago. The club also lost two of their pre-season friendly matches against Platinum Stars and Perth Glory.

“I know it will be a tough task for the group of new players to gel, but once we start playing as a unit we can contend for the top spot,” he said.

Kaizer Chiefs will hold a memorial match for the midfield maestro who played over 300 matches for the club.