On 17 August 1982, Ruth First , an anti-apartheid activist, was killed by a parcel bomb in Mozambique. She was also a former student of the University of the Witwatersrand.

The Ruth First Memorial colloquium opened at the Wits Art Museum this morning with panellists  Joel Netshitenzhe and Kate Philip joining chair Jayendra Naidoo for a discussion on economic policy. 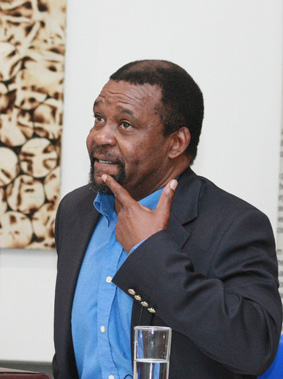 The day long program will culminate in a lecture by Justice Dikgang Moseneke at 6pm this evening.

Netshitenzhe, presently a member of the National Planning Commission, stressed that the current  political environment was clearly different from to the one that Ruth First found herself in, but even today journalists can still be activists while maintaining objectivity.

Netshitenzhe prescribed some measures to reduce the gap between the rich and poor, which included the absorption of the marginalised into the economic system and the and improvement in the quality of education, which he referred to as “the great liberator”.

“There should also be improvements in the quality of public services and these should be subsidised for the poor,” said Netshitenzhe.

Philip, a development strategist, spoke at length about the structural inequalities of the apartheid era arguing that these inequalities remain in place but have been reinvented in “new and more complex ways”.

She lamented the fact that getting into formal business in South Africa was very difficult for newcomers.

“Engagement of business requires a level of business sophistication, which is not an easy entry point. The bar is too high for new entry.

“Strategies to include the socially marginalised are urgently required but will take time to yield results”, Philip said. 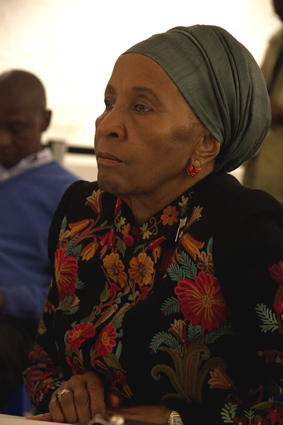 She pointed out how South Africans are heavily biased towards branded goods as opposed to homemade ones.

“You can make soap at a village level and sell it in India, but here people would rather have branded goods that they feel are of better quality.”

She made reference to India’s National Rural Employment Guarantee Scheme which provides a legal assurance for one hundred days of employment in every financial year to adult members of any rural household.

She said this would make a profound difference in the lives of the poor.

Responding to a question to a member of the audience, Lehlohonolo, on her sentiments on the Lonmin strikers who were shot on August 16 by the police, Philip, who used to work for the National Union of Mineworkers said it was “a tragedy, an outrage”.