FORMER Wits SRC president Morris Masutha has made it to the top six of local reality television show One Day Leader.
One Day Leader promotes young leaders by giving contestants a topic and having them debate and argue their positions. Contestants also go on challenges to different neighbourhoods.
Masuthu said the show was “very challenging” because they only talk about the topic on the day of the show.

“It eliminates the boys from the men,” he said. 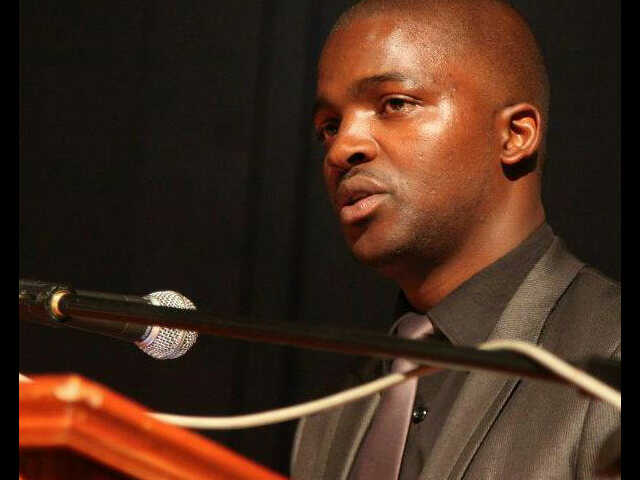 Masuthu lives in a house with his fellow top six contestants in Cresta. While he lauds the abilities of some of his competitors “others you obviously wonder how they got there.”

“Sometimes you can be the best guy but if people don’t vote for you then it doesn’t matter,” Masuthu said.  One Day Leader is in its second season on SABC1.

The previous winner of the show was a Witsie, Lesley Masibi.

Masutha said he joined the show to advocate free education and to put the spotlight on the plight of rural youth through his non-profit organisation, the Thusanani Foundation.
Hailing from a rural village in Limpopo, Masutha said he started the foundation because he felt the need to bridge the information gap between rural youths and their urban counterparts. He said Wits was his salvation and ticket out of the village but when he arrived on the campus for his first year he felt intimidated by his lack of knowledge.

“When I came to Wits, I felt embarrassed to speak in class because I didn’t want to embarrass myself,” said Masutha. “I could barely  speak English so for a while I was this quiet guy at the back of the class.”

One day a fellow student made a comment that offended Masutha and he was moved to speak up for the first time ever. “At that point I didn’t care that my English wasn’t good,” said Masutha. From that day forward, Masutha has not stopped speaking up for what he believes in.

He spoke in large lectures when there was a racist or ignorant comment made, he spoke his way to his SRC presidency in 2011 and now he speaks on a national TV show. Masutha said the hardships he faced at Wits gave him the confidence to speak the way that he does.

“I love Wits, it’s made me into the person I am today, and it really does ‘give you the edge’,” said Masutha. “You go into an interview and you find you are interviewing the interviewer.”
Masutha said education was the only hope of anyone who comes from a rural area.

“Those of you Witsies coming from disadvantaged backgrounds, you will encounter many stumbling blocks at university but if you work harder, your marks will pay for your fees.”
The 2011 winner was given an “internship in the office of the NYDA, a trip to visit a South African ambassador of a country of their choice, a day spent with the State President and a R70 000 budget to spend on a project in a community of their choice” and R20 000 cash.