No joy for Wits prayer room 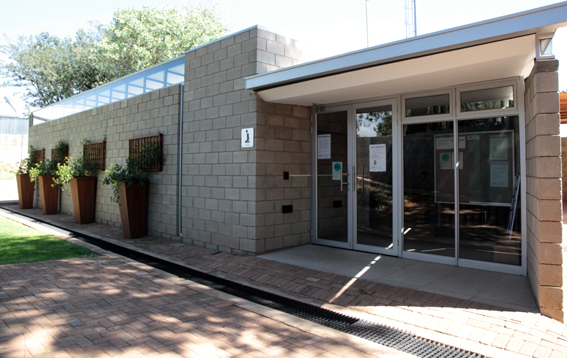 Sacred & Secured: The Wits Musallah located on East Campus has been trashed and vandalised by other students in previous years but has since had security systems installed. However, some Muslim students fail to gain entry if their ICAM cards are not registered for use in the facility. Photo: Lebo Mdlankomo

SOME Wits students have complained about not being able to gain access to prayer facilities administered by the Muslim Students Association (MSA).

A student who had paid their membership fee to the religious club during O-week period ranted on Twitter about being unable to use the musallah, the prayer room.
Gaining entry into the facilities situated near the cricket oval on East Campus is done by swiping a card on a sensor.
This is the same way students get into the different campuses. However, this was not the case a few years ago, as the prayer room was open to students at any time of the day.

Sabeeha Jhetam of MSA said the prayer rooms were now “restricted” to those who had registered their details with the ICAM offices because they had been previously vandalised by other students who were not part of the religious group.

“We had to get a turnstile in there because you would find that other students urinated in the rooms and trashed the place,” said Jhetam. She observed that male Muslim students were less affected by the lack of access to the university prayer room as they preferred to go to mosques off-campus, particularly on Fridays. Jhetam said the lack of access for Muslim students was not for the MSA to deal with alone.

She said it was also an administrative matter on the university’s part. However, Jhetam stresses that the prayer rooms can be used by Muslims who are not members of the MSA. However, if they are not on the system it becomes hard for them to gain access.

“Those whose cards that haven’t been activated can still use the premises. “It’s easier for them if they find someone inside already so they can open for them,” added Jhetam.
The high influx of new students also does not help with the institution’s administration office.

For students to gain admission into places that have turnstiles or security on campus, students need to have their ICAM number sent to the specific person or office delegated to deal with processing the information.

“The problem usually arises at the beginning of the year where new students do not know what to do or where to go when their cards do not work,” she said.