PHOTO: Peace of the Wall 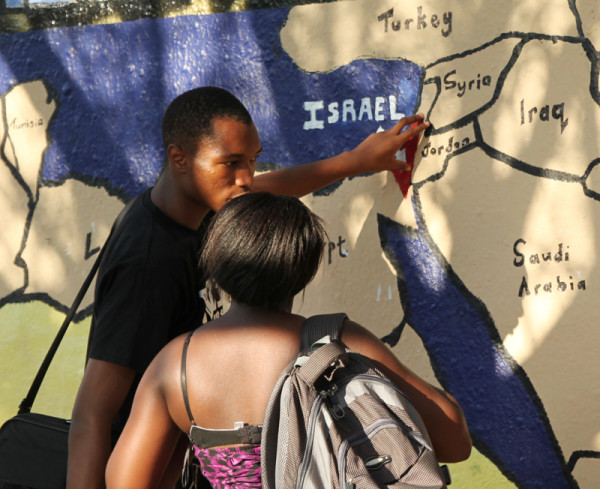 THE SOUTH African Union for Jewish Student (SAUJS) hosted Israel Awareness Week for the first time since the start of the organization.

An exhibition was held at the library lawns from Monday to Friday. The exhibition gave information about refugees in Israel. SAUJS political liason officer Harry Hoshovsky said that the event was aimed at educating students about the conflict between Palestine and Israel.

He said that there is a debate that is ongoing about the issues in Israel and that it was important to get both sides.

Hoshovsky said that they had a good turnout from people of different backgrounds who were interested to find out more about Israel. “Our aim is to unite students not divide them,” he said.