Songs of the struggle were sung by those gathered who came to the Umthombo U1 building to pay their respects.

Matlata died on the February 20 at the Sizwe Tropical Diseases Hospital in Edenvale. The former law student was diagnosed with tuberculosis in June 2012 and was not able to return after a year and semester. Matlata served on the sub-committee of legal affairs and education, where his passion lay.

His comrades were consistent in describing the kind of person he was, he was known as the guy who always wore a hat and red t-shirt. 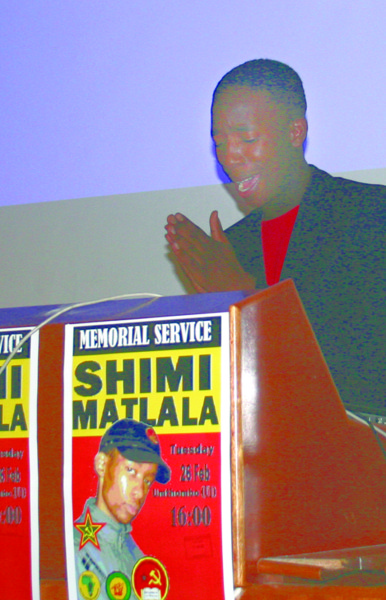 Mgudlwa said Matlala was a die-hard activist, a friend, a cadre, brother and visionary who fought against financial and academic exclusion at Wits.

A friend and co-worker, Justice Nkomo, described Matlala as a communist, self-less leader and intellect that was not trying to be popular but was out to make a difference. Nkomo added that Matlala’s death should not be mourned but his life should be celebrated.

His funeral service will take place at Sekhukhune in Limpopo Province on Saturday.