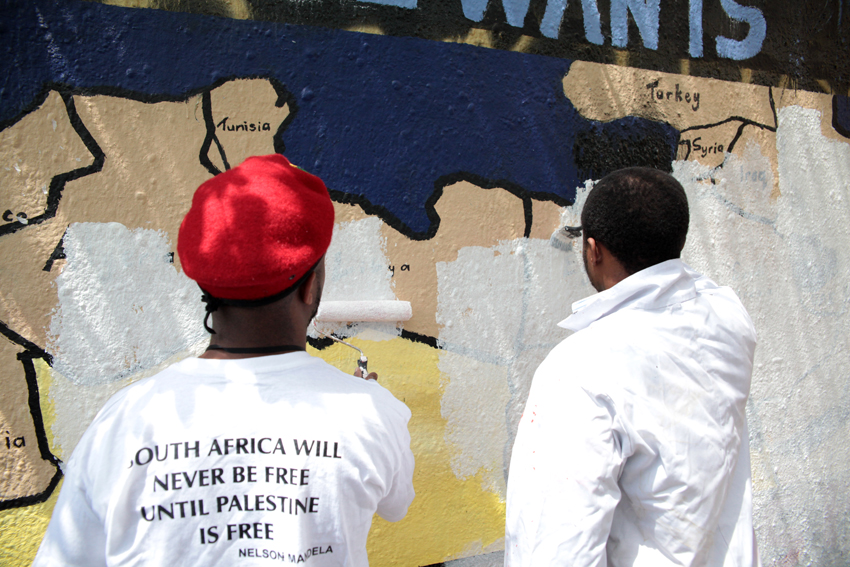 The South African Union for Jewish Student (SAUJS) painted the wall in conjunction with an exhibition to raise awareness for refugees in Israel.

Nhlapo said: “I am stopping the racist wall, as it is wrong. Most of these countries (portrayed on the wall) have signed a peace treaty with Israel. I don’t think Israel wants peace, if they did want peace they would stop the illegal occupation of Gaza”.

When asked by Wits Vuvuzela if painting over the artwork was within Nhlapo’s mandate he said that any student in the university had an obligation to uphold the values “we hold dear in our heart” and that any act which contradicts that must be stopped. Nhlapo further explained that “the UN has established that Zionism is racism”.

According to Nhlapo, the MSA (Muslim Students Association) and the PSA have lodged a complaint with the Dean of Students Prem Coopoo, “who approved the artwork”.

Earlier in the day, Wits Vuvuzela took photos of the wall which had been defaced with black paint. 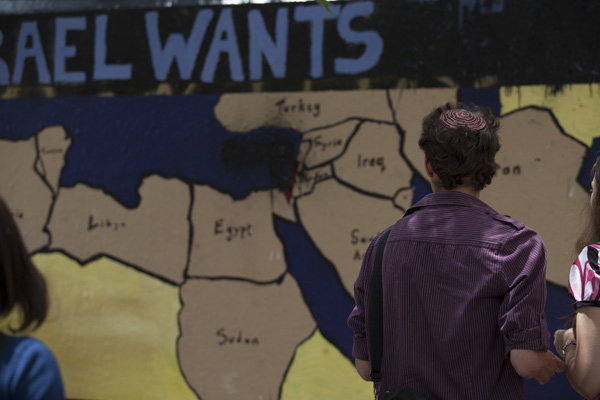 A student walks past the Israel Awareness Week mural which was defaced with black paint. Photo: Jay Caboz