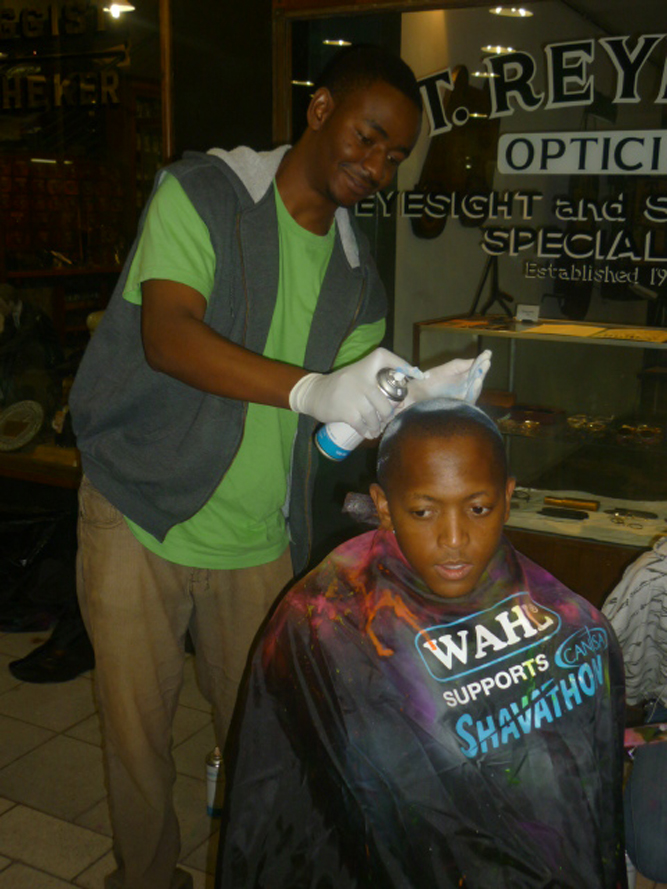 The Shavathon was supported strongly by medical students intending to specialise in oncology but a number of students were unable to participate as they could not afford to pay the R50 fee.

Alex Griffiths, secretary of the Student’s Council was the primary organizer of the event. Griffiths said the reduction in cost would be looked at in order for it to be affordable for student budgets.

“I don’t believe CANSA would have a problem with that”, Griffiths said. A 3rd year Medical student who is on NSFAS financial aid said: “R50 is pretty steep for me. I would still like to participate by colouring my hair to make a public statement and promote awareness. If the cost could be brought down a little, it would help a lot”.

The Cancer association of South Africa also has a ‘Bail out’ option. This option allows one who is unable to colour or shave their hair, to still make a contribution. This can be done online or at the Shavathon stations. The minimum contribution for the bail out option also starts at R50.

This year marks the 10th annual national Shavathon which was organised by the Wits Medical Students Council. The CANSA Shavathon started in 2003 in the Eastern Cape as a way of showing solidarity with cancer sufferers and survivors, and to raise funds.