Working through the night – #TeamNightShift

#TeamNightShift, a hashtag commonly used by Witsies on Twitter, offers a fresh and youthful spin to the age-old phrase of “burning the midnight oil”.

But while many are studying in lecture halls and tutorial rooms or YouTubing their favourite videos at midnight, there are people on campus working to ensure student safety and cleanliness of these study areas in particular.

Today, on Workers’ Day, the Wits Vuvuzela team pays homage to a different #TeamNightShift. The workers at Wits who work through the night long after many have already gone to sleep.

Meet some of these workers: 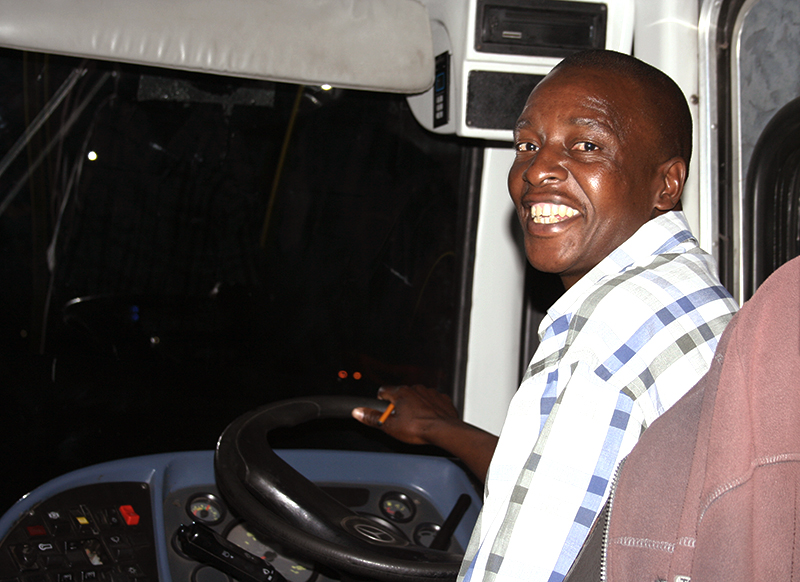 Mr Vincent Ntanganedzeni is the bus driver responsible for transporting students to their destinations around the various Wits campuses.

Ntanganedzeni, who has been a bus driver since 1993, lives in Germiston with his wife and children.

He sometimes works during the day, but when he does represent #TeamNightShift, he works from 3.30pm to 12am. Ntanganedzeni says he enjoys having the noisy, but sometimes entertaining students on his bus.

“I started to work as a driver a long time ago so I do enjoy this job,” he said.

Ntanganedzeni will be doing his usual  campus routes tonight. 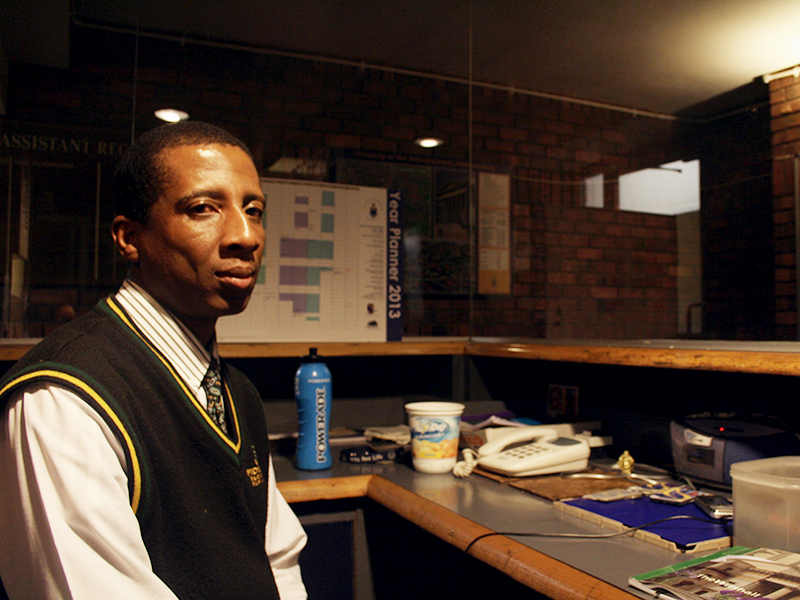 Mr Ezekiel Ramajoana is only one of many security guards responsible for safety on campus.

Born in Soweto, Ramajoana – a security guard at the David Webster Hall residence – spent most of his young life in Lesotho, where he was raised and educated.

He has since returned to Soweto where he lives with his mother and sisters.

His average night begins with him leaving his home in Soweto at 4pm, where he catches a taxi or train to Braamfontein and arrives at Wits at 5.30pm, ready to work his shift from 6pm to 6am.

When asked how he stays awake during these shifts, he laughs loudly as he increases the volume on his small radio to listen attentively to the Orlando Pirates vs. Chippa United broadcast.

“Staying awake? I just have to keep walking around this place and drinking some water because, eish, sleep does become a problem sometimes.”

He says what he loves most about his job is the respect that students show him, which allows him to learn a lot from them daily. 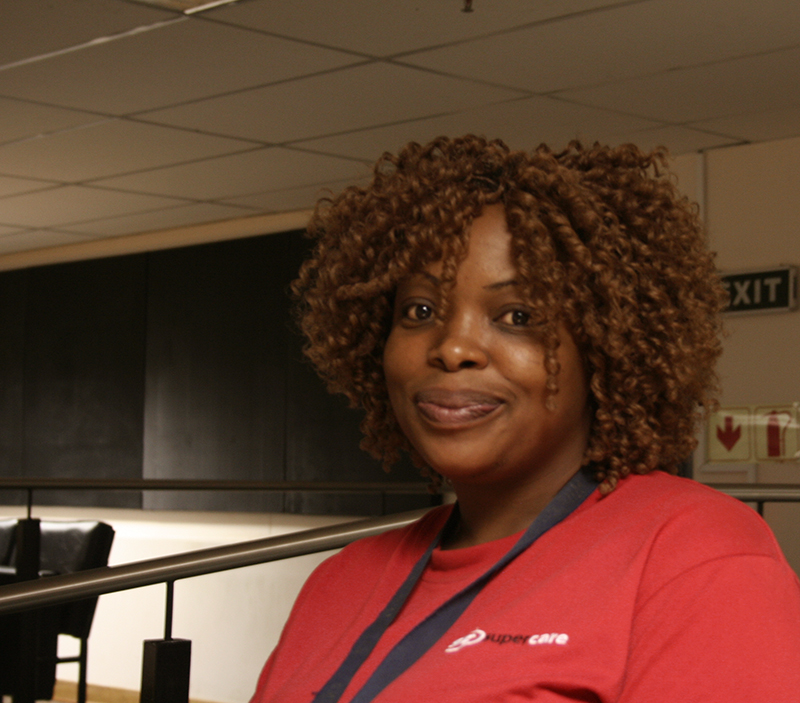 If you’ve ever left a lecture hall at 5pm in a chaotic state and come back in the morning to a spotless room and a clean chalkboard, it’s not by mystery or magic that it’s clean.

It’s thanks to Thabile Thetele and her team, who make sure the only mark of their presence they leave behind is a pristine clean FNB building on West Campus.

This hardworking mother of two works as a cleaner at Wits from 7pm to 3.30am on weekdays.

Travelling home for Thabile and her team is always a matter of concern.

“We walk to Park Station at 3.30am and it’s not easy. We have to travel in groups at all times. Last December two of our colleagues were mugged on their way home.”

When asked about her dream job, her bright smile quickly lifts the mood and lights up the empty and dreary FNB lecture hall as she exclaims:  “Wow! My dream job is a stable job that allows me to get home early and sleep with my children at night.”

After working almost 4 years as a cleaner in the building, she says she appreciates her colleagues, who make her nights more enjoyable in a job that is unappreciated by some, especially students who she says often give them a tough time. 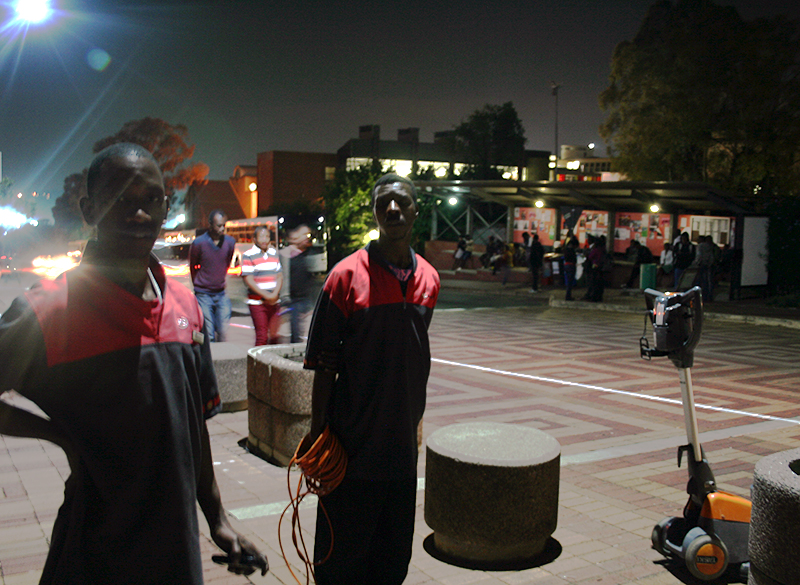 Supercare cleaner and Meadowlands resident, Thabo Raditla, says when his shift ends at 3.30am, he and his team walk to Park Station, where they wait until 5.30am for the first taxis of the day to take them home.

Thabo, like Thabile, works from 7pm to 3.30am. This travel routine is what he endures every weekday, even during the bitterly cold winter mornings.

Even when sharing some details of his long and sometimes cold trips home, he maintains his bubbly and energised personality.

“I keep myself awake by texting people, you know, with Whatsapp. Because if I don’t do that I’ll be sleeping here… and my supervisor won’t like that [laughs].”

The 26 year-old  describes himself as a young man hustling towards something greater.

“I want many things, but one thing is just to have a nice job. Get money. And have a good wife, that’s all!”

#TeamVuvu wishes all the Wits staff a happy Workers’ Day!