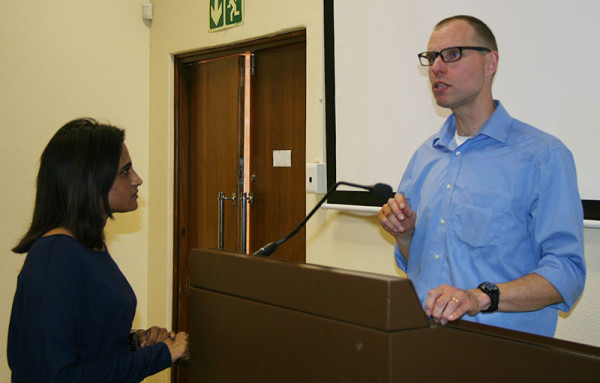 IT COULD be considered quite problematic to have a white person address an audience about techniques that could be used in writing a Steve Biko biography. Biko is of course of the founder of the Black Consciousness Movement but Derek Hook did this with confidence yesterday.

“Why are there such limited Biko biographies?,” asked Hook at the Writing Biko lecture.

Hook, a lecturer at the University of London; and a visiting associate professor in Psychology at Wits, was asked by the HSRC (Human Sciences Research Council) press to contribute to a series of books called Voices of Liberation.

The publishers asked Hook, who is also a lead researcher in the Apartheid Archive Project based at Wits University, to be involved in the writing of a biographical Biko essay.

Hook said that creating a new and fresh Biko biography was difficult due to the limited set of historical facts and documents.

He argued that one of the best ways to write a Biko biography was: “simply to do something like a meta-analysis of all the existing biographical treatments”.

Central to Hook’s talk was  to investigate “how ‘creative non-fiction’ [writing] might serve as a methodological resource that aids the writer in returning to key narrative events in the various accounts of Biko’s life.” Hook discussed four possible literary techniques which one might use in telling the life story of such a renowned thought leader.

[pullquote]“Why are there such limited Biko biographies?” [/pullquote] Hook suggested anecdotal storytelling, characterisation, writing a story within a story and the use of extrapolated scenes Although such terms might have left those unfamiliar with creative non-fiction writing somewhat confused, Hook took great care in explaining and exemplify these concepts.

“What has started to become of interest to me was this idea of creative non-fiction, historical life writing… [Which] will be able to guide us to produce new insight and perspectives on Biko’s life,” said Hook

Hook presented the lecture as a way of discussing  new ways to plot the Steve Biko legacy. He said the one challenge that he had encountered in the process of writing a Biko biography was writing the last scene of Biko’s life.

“How do you write the last scene in the story … I can’t really do it,” he said. Hook explained the difficulty was mainly due to getting the accurate and truthful facts of what Biko endured in his last days.