A WITSIE was stabbed on his way home from campus on Enoch Sontonga, one of four muggings in the area in the past 10 days.
At about 11:45pm on April 27, Freedom Day, a student was cornered by a group of men on Enoch Sontonga avenue in Johannesburg.

They threatened him with a knife and when they found that he had no cellphone, stabbed him in the back with a narrow blade, said head of Campus Control Rob Kemp.

The student managed to escape his attackers by running to the Raikes road security gate, where he entered campus before collapsing near the Chamber of Mines building. 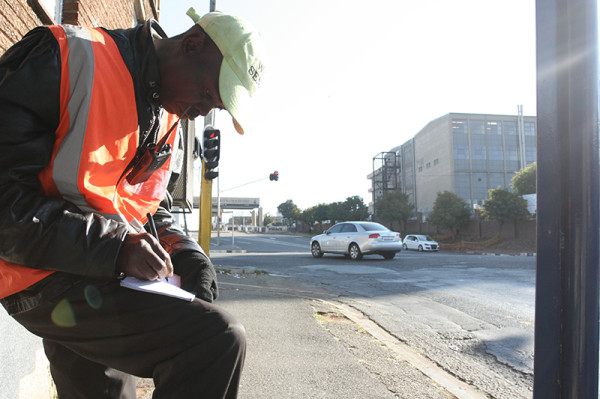 He was rushed to Charlotte Maxeke Hospital after being spotted by passing students who alerted Campus Control.Kemp said the student was released the following day after receiving emergency treatment.

Kemp said the area along Enoch Sontonga, from the Yale road entrance to Solomon street where Sturrock Park ends, has been declared a “crime hot-spot” due to the spate of muggings.

Kemp warned Witsies not to travel the area alone or after dark as they would be putting themselves at great risk.

Operations officer of the Community Policing Forum (CPF) in Braamfontein, Norman Maluleke, confirmed the incident but said he did not know any details. He did say there was a high incidence of cellphone robberies in the area and that it was a challenge for the patrol teams.

“Suspects are targeting students who walk and use their cellphones. The M.O [modus operandi] is that a car stops by the student, they jump out and snatch the cellphone. The registration number [of the car] is normally false,” said Maluleke.

In the last month, a security officer has been assigned by CPF and Campus Control to patrol the stretch between the Yale and Raikes road entrances on a 6am to 6pm shift. A security officer who patrols the area told Wits Vuvuzela: “Sure, I patrol from six to six, but when I leave the criminals come in.”

Wits Vuvuzela has reported in previous editions about Campus Control’s efforts to beef up security. The steps include a Safe Walk system where staff and students can call Campus Control and request a security officer to accompany them from one point to another.

The system applies only on campuses and residences not covered by the bus route.
Kemp stressed that Witsies needed to be more “streetwise” in a big city like Johannesburg.

SRC grievances officer Welcome Lishivha said that while Campus Control has a responsibility to protect students, “they [students] needed to take responsibility for their own safety as well”.