Will digital kill the radio star?

Radio practitioners from all over the country, continent and the world came together last week to discuss and debate the future of radio at this year’s Joburg Radio Days conference.

The conference hosted by the Wits Radio Academy at the Wits Club ran for three days from 3 July. The three days drew speakers from community, commercial and public radio stations who presented their ideas on how to revive the industry and shared their experiences of the industry.[pullquote]“There needs to be a shift from talking at people to talking to people,”[/pullquote]

The conference kicked off with a welcome address by Wits Vice Chancellor, Prof Adam Habib. Habib admitted that he knew very little about radio but said that it was a vital platform to the democratic process. He added that like the university, radio was all about the circulation of ideas and conversations.

A further welcome and opening of the conference was proffered by Prof Franz Kruger, director of the Wits Radio Academy. “There needs to be a shift from talking at people to talking to people,” said Kruger. This powerful statement was referenced widely by many speakers throughout the rest of the day.

The first night’s entertainment was provided by the Stone Age Souls – a South African alternative band.  At the dinner a handbook entitled ‘The Community Radio Station’ written by Kruger, VoWfm station manager Mike Smurthwaite, and Romanus Monji was launched. 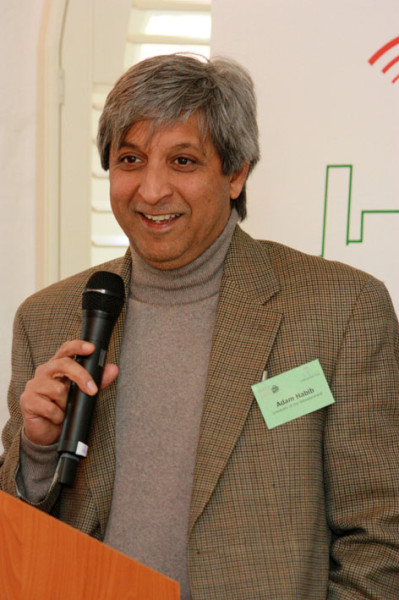 The future of radio seemed to be one of the constant themes that dominated discussions at the conference. Subjects like online radio, future audiences and technological advancements were discussed.

“Thinking about the future of radio means admitting that we know nothing about what the future looks like,” stated Randall Abrahams managing director of Universal Music South Africa.

Other speakers did not hold back when it came to thinking about the future of radio, many offered advice on how to achieve convergence that could boost the longevity of the radio industry.

Will radio survive the digital era?

On the issue of radio surviving the digital era – most agreed that it would. Nick Grubb of Kagiso Media was most apt saying that it would survive because, “Radio is about real human relationships”.

That said a lot of exciting things are happening in the digital sphere. Streaming services like Simfy Africa allow people to personalise their online radio experience. 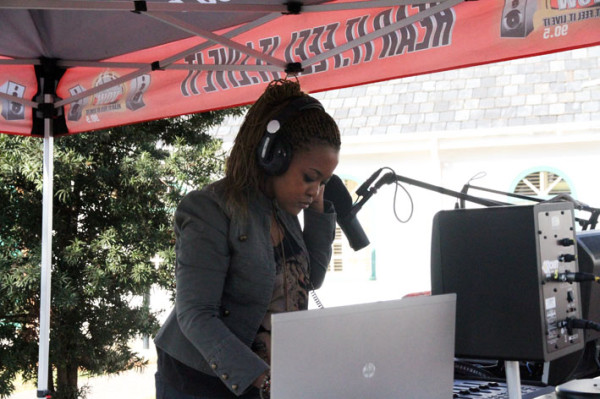 VoWfm set up a ‘pop-up’ studio to bradcast from outside the conference venue. Photo: Emelia Motsai

Along with this the advent of internet radio stations has changed the game a bit. These stations can start up in less than a week and reach people across the country without facing the same red tape as traditional radio stations would and do.

Community radio stations were also discussed quite widely, one of the most illuminating of these sessions focused on campus radio stations.

Macphersson Mutale from UnzaFM in Lusaka mentioned the power that the youth had through campus radio stations, students in Lusaka engage with politicians via their radio station for instance. 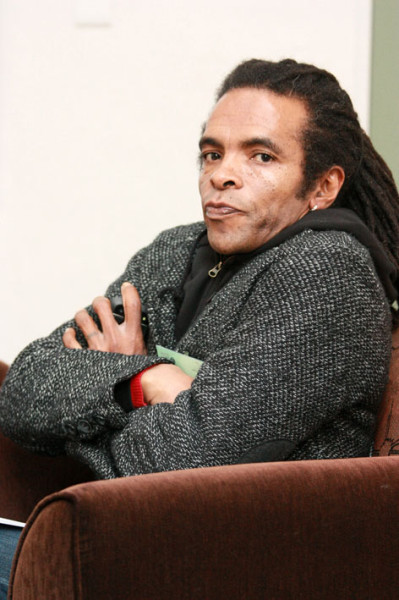 A very strong comment was made by Smurthwaite, he said that radio lacked innovation and that “most commercial stations sound like my iPod with a voice”.

The challenges that radio stations of all kinds face were also a hot topic. Shoddy management and licensing issues seemed common. Uncommon and more problematic were stations that were in war zones and other ‘undemocratic’ areas.

Jacques Kokonyange of Radio Muugano in the Congo said that it was difficult trying to balance what the rebels wanted and what the government wanted.

He also mentioned that they are threatened when their broadcasts aren’t favourable. “To protect ourselves we do not broadcast live or take any calls,” said Kokonyange.

While all these discussions were going on, the event managed to trend on twitter – adding much value to argument of the necessity of convergence in radio.

VoWFM dispelled the myth about radio lacking innovation by setting up a pop-up radio station outside the event venue.