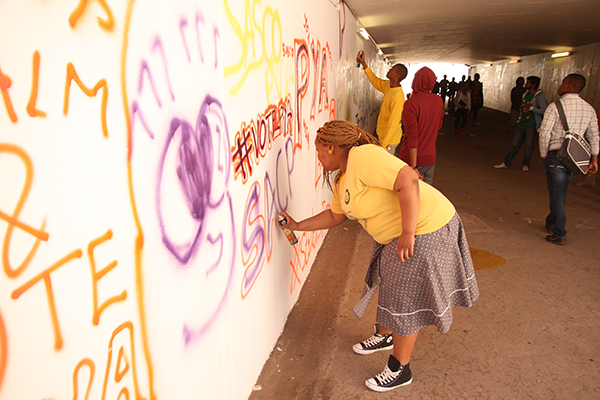 The PYA is a party made up of youth organisations such as, the South African Students Congress (SASCO), Young Communist Party (YCL), the ANCYL and Muslim Student Association (MSA). 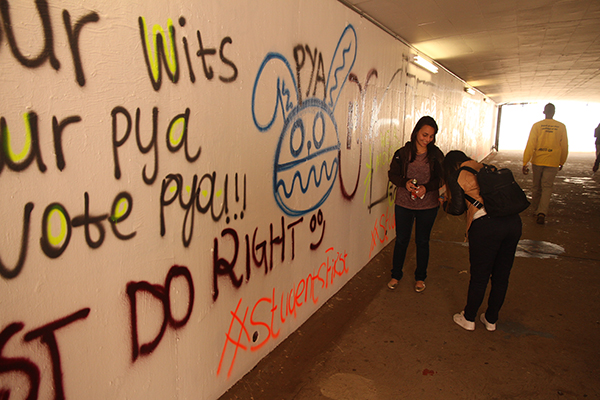 The tunnel was a canvas of vibrant, luminescent colours as members stood singing and spray painting the walls.

“We are moving”, “Do Right!” and “Our Wits, Our PYA, Vote PYA”, were some of the things written in spray paint on the tunnel walls.  Mkatschwa said each year PYA wins 98/99% from the students who vote. Painting the tunnel is “to remind students that we are still the best youth organisation on campus.”