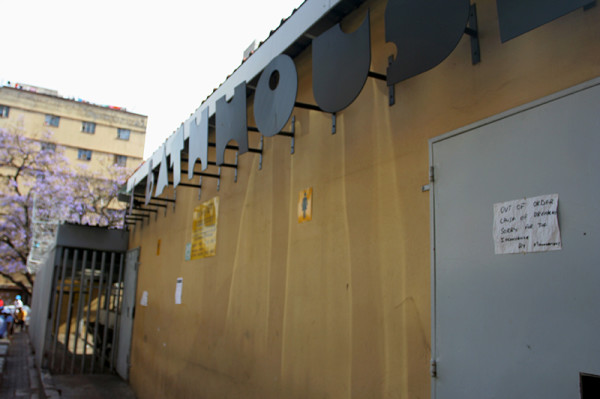 On Kotze street in Hillbrow, one block west of the Esselen residence, there is a street beggar named Albert. Every day, wrapped in rags heavy with filth and smiling through a yellow-toothed overbite, he stands in front of a hair salon beseeching passersby: “Hello, ngiceli R2. Hello, ngiceli R2”.
Even as he speaks, the pseudo-smile does not leave his lips. 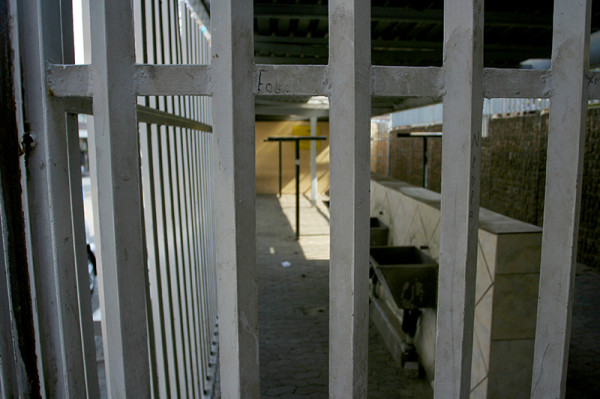 Around the corner from where he stands, on Edith Cavell Street, is the Hillbrow Public Bath House, which has been closed for a while.
Albert said he’d never seen nor heard of the bath house.
Ali Seshone, operational manager in charge of maintaining the bathhouse said it had been closed since last month due to vandalism.
“We’re buying material for it to be fixed but it takes time you know,” said Seshone.
The bath house, one of two in the city, was built in 1996 and is managed by the Johannesburg Property Company (JPC) on behalf of the city. 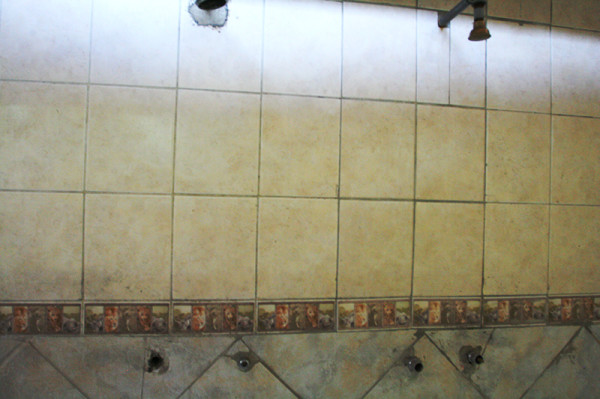 All entry points are padlocked shut; hand-written notices on the doors announce “Out of Order”, and the barbwire above the fences snares litter like a fly-trap. Inside, the desolation is unambiguous.
Holes in the walls reveal where copper pipes have been ripped out of toilet stalls and shower stations.

The caretaker who introduced himself as Joseph, pointed out where the ceiling had been ripped open and windows kicked loose, explaining that thieves regularly forced their way through the zinc roof in search of the copper and brass fittings. Recently, a thief was apprehended with handfuls of plumbing from the bath house.
Joseph said the case was on-going but none of the “big-wigs” had attended court dates. 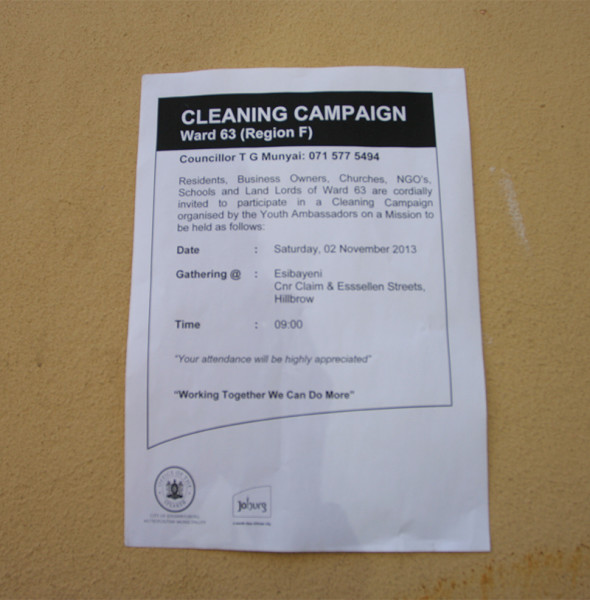 Public Relations and Communications Officer of JPC Brian Mahlangu was gloomy about the situation, seeing it as a decline in community and pride.
“We’d appreciate it if the citizens of Joburg could take pride in these spaces because we build them for their convenience.
There are plans to open more of such things but we are being hindered by the people themselves,” Mahlangu said.