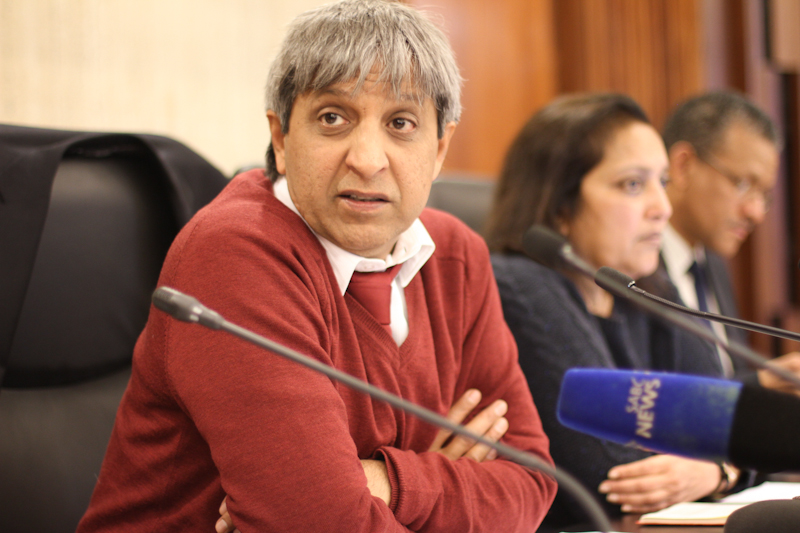 Wits vice-chancellor Professor Adam Habib has announced the verdict in the case against 11 Wits students charged with disruption of a concert on campus last year. The following statement was received via email a few minutes ago.

“STATEMENT FROM THE VICE-CHANCELLOR AND PRINCIPAL OF THE UNIVERSITY OF THE WITWATERSRAND, JOHANNESBURG

The University of the Witwatersrand, Johannesburg, today announced that a verdict has been reached in a case which saw 11 students charged for the disruption of a concert by musician Yossi Reshef on its campus last year.

Ten students have been found guilty of misconduct for disrupting or inciting others to disrupt the piano recital. They have been excluded from the University for a period of one year. The sentence is suspended provided that the students are not found guilty of any other form of misconduct for a period of two years. These students will not be allowed to hold any office in any student governance structure for a period of one year. In addition, they will each have to perform 80 hours of community service, as determined by the University.

One of these students has further been found guilty of not obeying a lawful instruction issued by a University employee, and will be required to perform an additional 50 hours of community service for this offence.

Wits is renowned for encouraging freedom of expression, dialogue and debate on often diverse and conflicting views confronting society, provided that it does not exceed the limitations explicated in our Constitution. The University provides a platform for different constituencies to express their views and opinions through considered debate and intellectual engagement in the spirit of tolerance, respect and openness.

The diversity of people, programmes and ideas at Wits leads to the richness and robustness of the institution. This is indeed one of the greatest qualities of excellent higher education institutions, and one which Wits cherishes.