Witsies ready for the general elections 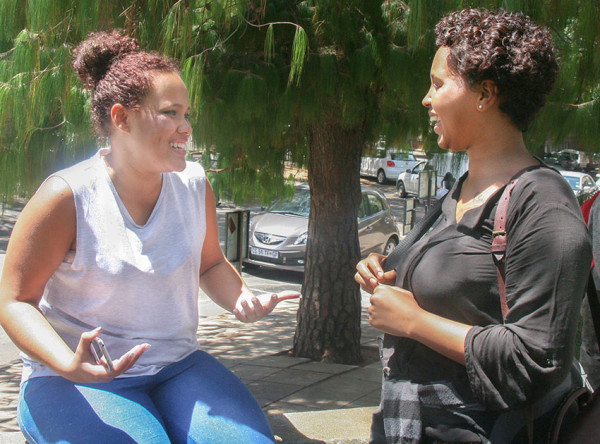 South Africans have until 5pm tonight to register to vote for the 2014 national general elections. It is still unclear though whether the Independent Electoral Commission (IEC) will see the number of registered voters they were aiming for.

Wits Vuvuzela was on main campus today asking students if they had registered to vote for the upcoming elections.

Ashleigh Kelly is a BA Drama student who strongly believes that it is important to vote but said she identified with people who opted not to vote.

“Not wanting to vote comes from the fact that we don’t know who to vote for. Democratic parties haven’t, especially with the born-frees, given us enough reason to trust their party,” she said.

Sitting next to her on the brick wall outside the Wits Theatre, Kelly Heckstein, a BA Performance and Visual Arts student, said she is registered to vote and plans on voting.

“If we want a say in how the country is run then we should vote and to make sure the majority rule is not an overriding rule and there are certain voices in parliament that can help.”

Born-frees (the term used to describe people born in democratic South Africa), make up 25% of all registered voters. Voting holds a certain responsibility and this figure could make a substantial difference to electoral outcomes. But it is unclear if those of the 25% who  have registered will actually cast their vote.

BA student, Kenny said he was registered to vote but does not plan on voting as he has no interest in politics.

Vutu Mapodi, 2nd year BA, said “It’s a nice activity to do, you feel part of something and not left out.”

Ayanda Mgete, 2nd year BA, said that the problem, with South African politics lies in leadership. “As the youth, we are smarter than people in power right now so we know how to think about things and implement them, so if we are not going to vote we are not going to remove these people with authority,” said Magete

On 7 May South Africans will line up at the voting polls to make their mark. Born-frees will cast their votes for the first time making this election a momentous one in the history of the country.