Not the power hour 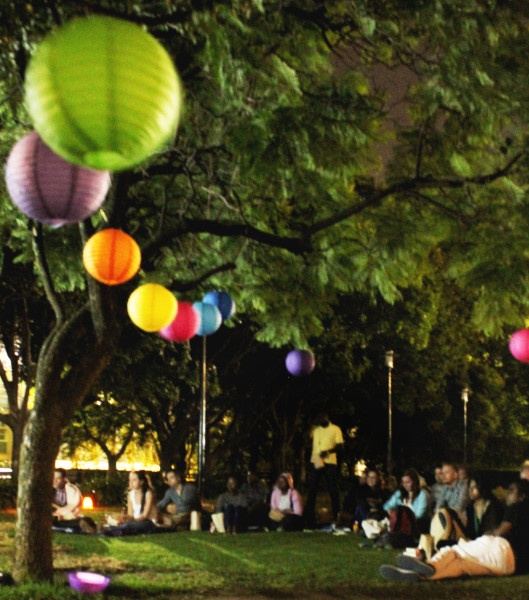 What do Al Gore, candle-lit lanterns, Wits students and the East Campus Library Lawns have in common?

The answer is simple: environmental awareness.

On Thursday evening, Wits Generation Earth society members hosted a screening of Al Gore’s An Inconvenient Truth under the canvas of the night skies on the Library Lawns.

Although the event was essentially about getting members of the society to know each other, it was also an act of support for this Saturday’s global earth hour.

Wits’ Property and Infrastructure Management Division (PIMD) made its contribution to Earth Hour by switching off the Library Lawns’ lights for Thursday evening’s movie screening.

According to Courtney Jones, 2nd year LLB and president of Wits Generation Earth, “it would have cost Generation Earth to switch the Library Lawns’ lights off, so PIMD sponsored it for us in celebration of Earth Hour”.

When asked about what Witsies can do to be more environmentally conscious, Jones replied, “In a country like South Africa, you really have to advocate for small changes.” Jones has her own veggie patch and is being increasingly conscious about recycling at home.

Generation Earth secretary Ritondeni Matamela, 3rd year LLB, echoes Jones’ sentiments. “I try my best to do the small stuff” and “I’ll definitely be switching off for Earth Hour”.

One of Matamela’s projects for this year is to revamp and reintroduce the garden that the Generation Earth team has on West Campus. “We really want to make it big and make it well-known around our members and also the Wits students.”

Witsies are encouraged to switch off for Earth Hour this Saturday from 8.30pm to 9.30pm.