Too much homework for students stressful 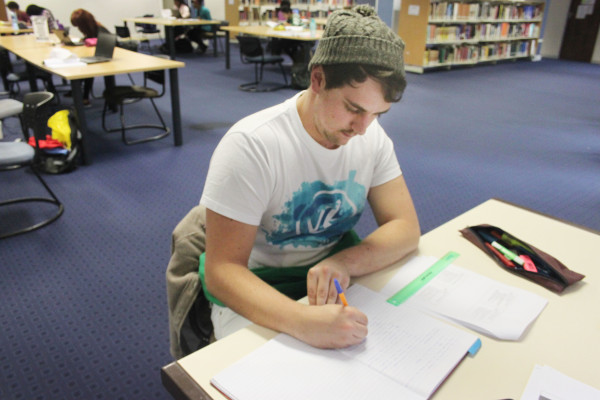 Fifty-six percent of American students consider homework a primary source of stress, according to a survey conducted recently at Stanford University.

Researchers examined perceptions about homework, student well-being and behavioural engagement in a sample of  over 4 000 students.

The study showed that 43% viewed tests as a primary stressor, while 33% felt there was a lot of pressure to get good grades.

Approached by Wits Vuvuzela, Wits students said they had a similar experience. Khomotso Mashala, 2nd year Mining Engineering, said the number of assignments placed her under so much stress that she had failed a test.  “Like what’s the point of putting in so many hours of studying when you are going to fail?”

No time for hobbies

The research also found it was hard for students to balance their lives between homework, extra-curricular activities and social time. Mashala agreed. “You know it’s been hectic. I don’t even know what my hobby is any more.”

Some students felt they had to choose homework over developing other talents or skills. Nonhlanhla Mavimbe, 2nd year Mining Engineering, said: “Like I’m actually sitting here on this bench thinking about deregistering because, like, it’s so hard. I want my life back.”

Overall, the research showed that too much homework was actually counter-productive in attempts to increase student performance in university.

The experience of Wits students is similar.  Third year psychology student, Jessica du Plooy, said she was too overwhelmed by the workload to achieve well. “If there’s too much to do, I do nothing. If I’m not going to finish, then why should I bother? It’s so depressing.”

Although Wits students felt strongly about their workload, the Stanford researchers noted there were limitations to the findings since some students saw the research as an opportunity to complain about their individual workloads.

Gillian Mooney, a Wits researcher in teaching and learning in tertiary education, said the amount of stress depended on the different abilities of each student and the subjects they studied.

“It boils down to what you have to do to get a degree qualification, which has its requirements.” It was a very complex issue that would need to be discussed in more than just one line, she said. The workload was there to prepare students for their future jobs.