OPINION: Freedom is not lost 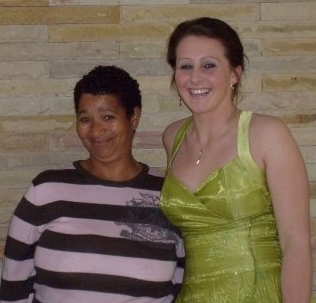 FREEDOM: We stand together, free and as one where no boundaries separate us. Photo by: Zelmarie Goosen

This year South Africa celebrates 20 years of democracy. For some this is cause for celebration. For others, it’s a reminder of how we’ve failed. But take a moment, and ask what this really means and answer honestly to whether or not we really have reason to be so upset.

While no one can argue that South Africa still has long way to go and there definitely are things that should be fixed in our system, isn’t it true that our country is still in its infancy?

It’s easy to focus on the negative, especially with everything that’s happened in the last few months. Our government has let us down, our president has let us down, and it all makes us feel like our ideal of a true rainbow nation can never be achieved.

But Rome wasn’t built in a day, and I can promise you, neither will South Africa. Think about the friends and colleagues you have now, about your Friday night parties or Saturday afternoon braais – we all complain about the same ANC-related problems. And isn’t that, using a certain twisted logic, exactly what it means to be free? Your black friend who brought the pap didn’t make it because you ordered him to – he brought it because he knew you’d like it. Your white boss isn’t yelling at you because of your colour, he’s probably doing it because you did something wrong. And when you fall in love with someone who has a different skin colour, you don’t have to worry about a law keeping you from expressing that love.

This all may sound dreamy and romanticised, but the Apartheid regime wasn’t taken down because of logistics; it was pure humanity that fueled that need. We seem to sometimes forget that South Africa has to rebuild itself and become a completely new nation.

We have to work hard to scrub away what we’ve broken down to make way for the new things we are erecting. We seem to forget that the struggles of 20 years ago is in the past, and the goal of what they wanted to achieve was reached. What we should remember is that there was a certain layer of human issues we had to get rid of before we can really start building towards the future. Isn’t that now?

[pullquote]This all may sound dreamy and romanticised, but the Apartheid regime wasn’t taken down because of logistics; it was pure humanity that fueled that need[/pullquote]

Education, poverty, housing, water supply and safety should of course not be forgotten or downplayed, given the seriousness of these needs. The fact that many people are not receiving basic education or electricity or water is horrible, but it’s also got nothing to do with freedom. We can stare at the facts and the stats all day and say that we’re not free in the sense we should be. But we can also choose to look at them differently and say that we’re not at war (in any way), or hiding from extremists who’ll kill us for our point of view; we’re not bound by laws that take away our rights, or forces us to make decisions. We can choose what we want to do – which is the definition of being free.

Like I said, it’s easy to focus on the negative (a lot easier than on the positive), but 20 years into our democracy we have to remember that all the things that aren’t right, all the logistical issues in our country that we have to fix, and all the problems areas that make it seem like we’re not a nation standing together is not a ‘freedom’ problem. We’re all struggling under a government that doesn’t deliver.

We’re all plagued by the same things we want fixed.

The real hard work may only really begin now. But it means we’re moving forward. We’re going somewhere good, and South Africans of all colour, gender, race and ethnicity have endless choices along the way they’re allowed to make.

And that, my friends, is freedom.