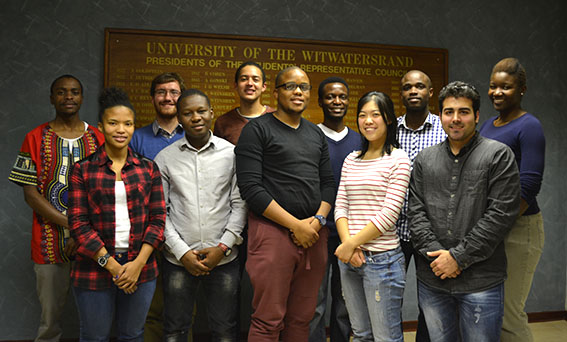 NEW TEAM: The newly elected executive committee is hoping to fill in the vacant positions soon before it fully takes over. Photo: Nqobile Dludla

The elections, which privately took place inside the SRC (Students Representatives Council) boardroom, consisted of some members of the outgoing executive committee along with a few members of the PGA Council who were overseeing the election process.

The Wits PGA is a student representative body for postgraduate students at the University.

Unlike the usual elections whereby candidates read out their manifestos to students, the PGA Council which is made up of postgraduate student representatives from each of the 35 Schools within the university elects members to serve on the Executive Committee.

Expressing his hopes for the newly elected executive committee, Manoshe Phasha, outgoing PGA chair stressed the importance of communication as coordinating the association was a difficult task.

“Running PGA is not as easy as running SRC whereby everyone is a fulltime student and around here.. So it’s difficult coordinating PGA. If they [newly elected executive] keep on the communication they will do well and I do hope that they stick together as a team ” The PGA often has members who are part-time students in full-time employment which can be difficult to manage.