ELECTIONS: Wits SRC President walks with his 86-year-old grandmother to cast their votes together 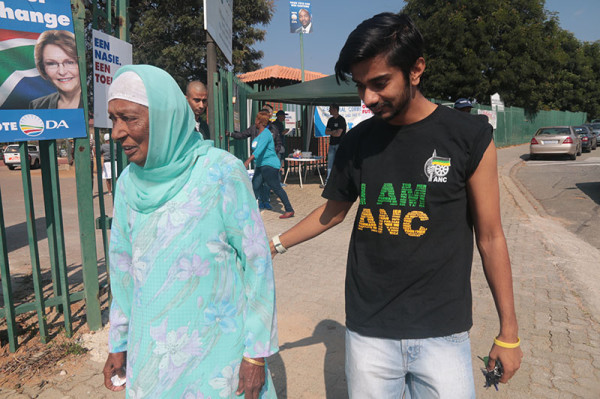 22-year-old Shafee Verachia took his 86-year-old grandmother Fatima, by the hand, as they  walked to the Malboro Gardens voting station early this morning.

The Wits SRC (Students Representatives Council) President, wearing African National Congress (ANC) party regalia, made it a family affair, as he joined his grandmother, aunt and  brother at the polling station.

“It’s the first election where we are staying with granny so we have brought her to vote with us,” he said.

Fatima Verachia, 86, said in a trembling voice, “I am voting for the ANC, for Mandela, and his legacy.”

“And what about Zuma granny?” asked Zubair.

“Yes, Zuma,” she replied after a short breath.

Granny did not say much in words but her thoughts drew expressions of confidence on her face.

Verachia’s 62-year-old aunt Amiena Verachia said she was born during the oppressive regime in South Africa and the freedom that came 20 years ago was the reason for her ANC vote.

First-time voter Verachia says in his childhood he heard a lot of stories about the oppressive South Africa.  “Hearing these stories drew an impact in our lives, and I think our generation sees that as something special,” he said. 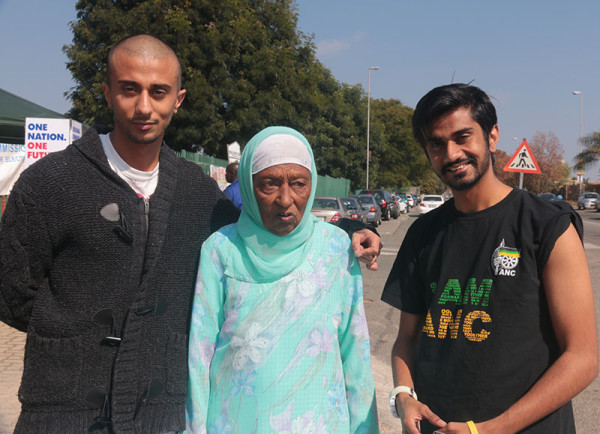 “I think it’s because of my father, Hussain Verachia, who was in the ANC during the 80s,” said  23-year-old Zubair.  He explained their father was part of the struggle and that may have influenced their granny.  “There might even be something more that we may not know” the elder brother added.

“Personally, it’s about honouring the generation before me, they made the sacrifices for me to have this right to make this vote today,” said the SRC President.

Zubair Verachia begged to differ with his family on the matter of who they were voting for: “I don’t know who I am going to vote for yet”, he said, explaining that he had a problem with corruption in the ANC.

“At the same time I don’t think South Africa is ready for the DA (Democratic Alliance), as it does not have the empowerment for non-whites as the ANC does,” says Zubair.

He explained that his initial problem was, regardless of ANC’s reach to middle and working class people, most of the leaders in the party used a lot of money for their own benefit.

“I believe in what the ANC stands for, not what it’s become” he said.