Clamp-down on Crime at Wits 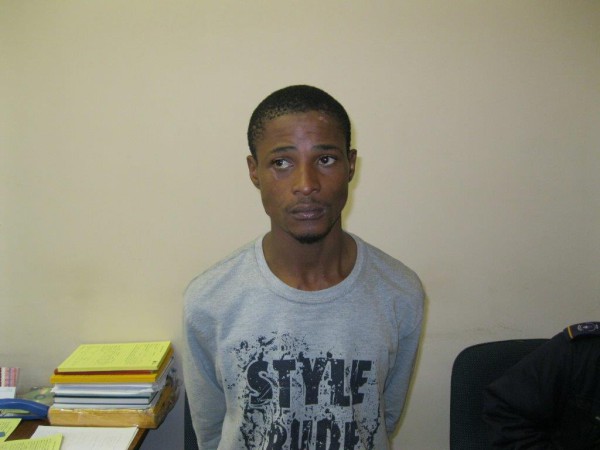 WANTED: Campus Control are searching for this man who is connected with crime on campus.
Photo: Supplied

Two suspected thieves were arrested on campus this week – including a man thought to be the notorious library thief.

Known for stealing laptops and cell phones from students studying in the different Wits libraries over the past couple of years, the man was apprehended on Monday.

Campus Control’s security and liaison manager Lucky Khumela, said the thief was able to access Wits buildings because “he had stolen a student card from a ground floor bedroom in Sunnyside Res”.

Wits had a “clever system”, Khumela explained. After the card was reported stolen, “we decided to wait and see if the thief would use it”.

Every time the card was swiped, campus security received an alarm, which showed them the thief’s whereabouts, he said. The investigating officers “connected the dots” between the use of the stolen card and the thefts of phones and laptops in the libraries.

“Our investigating officer monitored his movements for some time and waited for the right time to apprehend him.”

In a separate incident, a Wits security guard stationed at University Corner was arrested on Tuesday after stealing a laptop from a student’s locker. The student had filed a report with Campus Control last week when the laptop went missing.

“The student thought he had lost his laptop and filed a report with us,” said Khumela.

Khumela revealed an undercover investigation was launched straight away after CCTV footage exposed the security guard had stolen the laptop from the student’s locker.

“No-one here is above the law – not even our security guards. We are making sure Wits will not be a playground for crime.”

Khumela appealed to Witsies “to work hand-in-hand” with Campus Control to reduce the number of crime-related incidents on campus.

So it’s two down, but still one to go. Campus Control have asked students to be on the lookout for another suspect in criminal activity on campus.