SLICE OF LIFE: Just keep calm and live on- Crime happens, its life. Life in this beautiful country is more than just a mugging.

I have often heard members of our white minority complaining about crime, expressing the desire to leave a country that is “going backwards”. I have never felt that way.

I grew up in a diverse home where racism was non-existent. I grew up playing in soccer academies in areas where I often saw no other white people.

Never have I experienced a crime in my household nor have I been personally victimised. I lived my life in a free South Africa, unlike those who claimed that, if they lived abroad, their “children could ride their bikes outside and walk to school”. Growing up, I played in my neighbourhood park, in Orange Grove. I walked to school with my helper every day.

“I grew up in a diverse home where racism was non-existent.” 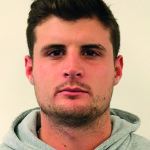 In my mother’s opinion, it was always about your attitude to crime.

If you wanted to be negative then bad things would happen to you.

However last week Wednesday, while covering a soccer game, I was mugged. I was approached by two men who took my phone and threatened me physically. I was distraught.

When they walked up to me, I had no foresight of what would happen next. I was not scared, I was just ready to get home and finish my work. I did not expect to be mugged.

Friends have since suggested that I take precautionary measures for the future: perhaps buy pepper spray or a knife to protect myself. I thought deeply about this and remembered my mother’s words. I decided not to buy either of these items because, if I do, I fear that I will constantly find reasons to use them.

I made the decision that those two men will not change my attitude towards the country I hold so dear to my heart.

I will not become a racist because of two people who committed a crime.

I will not live in fear in the streets I call my own because of two individuals. I still love my beautiful country, but I will learn to be more cautious, because not everyone is a good person.

I am lucky that I was not physically harmed, and I understand the situation could have been vastly different. But crime happens all over the world.

I still live with hope that one day, my children will have the same childhood that I had and will experience the freedom I experienced and the simple pleasure of being able to walk in their neighbourhood without fear in their hearts.