OPINION: Mandela Day is more than 67 minutes and selfies

Seven months since the death of iconic former president, Nelson Rolihahla Mandela, South Africans gear up to spend 67 minutes of their day giving back to their country.

Nelson Mandela International Day was launched in recognition of the late statesman’s birthday, July 18, in 2009, by the UN (United Nations) General Assembly. It was in response to a call Madiba made a year earlier, when he asked the youth to “take on the burden of leadership in addressing the world’s social injustices”, according to the official Mandela Day website. “It is in your hands now,” he said.

South Africans have come to see Mandela Day as a celebration of Madiba’s life and legacy. The name attached to the day helps to promote the idea of serving society and doing charity work, which, for many of the more privileged is not an everyday reality. But it has also been condensed to a mere 67 minutes, as if all one needs to do is fulfil a quota to be a good person. 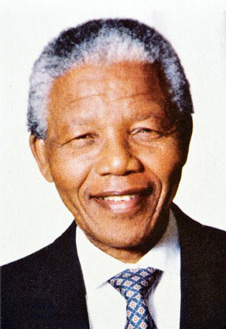 Mandela Day is about giving at least 67 minutes of your time to give back. Photo: Shutterstock

The official website and social media have helped to market it well. Filled with inspiring images, videos and the hashtag “#time2serve”, Twitter, Facebook and Instagram are filled with selfies of people doing charity work, essentially showing off how much good they are doing for the world, as they play with sick children, hand out sandwiches on the side of the road and donate 67 of whatever it is their company produces.

This shows the “depoliticisation and white-washing of Mandela’s legacy” (to quote a status seen on Facebook early this morning), as a day that is meant to honour the memory of a great man has become a corporate event. A chance for people to tick off their annual charity work off a list and carry on about their day, their lives, their normally selfish lives.  As if everyday should not be a Mandela day.

The positive effects of the day are clear: each one us has the potential and responsibility to do something good, for someone in need and if this is what takes for that to happen, then so be it. At least some of the individuals standing on street corners will get a meal today, terminally-ill children will have someone pay them more attention than usual, communities will receive the tools and utensils needed to create a self-sustaining vegetable garden and old age homes will be filled with smiling, happy children, looking to make a difference. This is all good and well, but then tomorrow will come and everything will go back to the way it was.

The poor will be no less poor

The poor will be no less poor than they were before, the terminally ill will not be better, the unemployment rate will have remained the same (or even increased), nothing more will have been done to try and fix the standard of education and schools around the country and South Africa will still be known as one of the most unequal countries in the world.

It feels good to make a difference or change someone’s life, even if it only for a short amount of time, but it should not stop there.

Mandela Day is a good thing, it is encouraging and inspiring for all those who participate (whether they are giving or receiving) and the message is that giving back your time, money or resources should continue for the rest of today and every single day after that.

“What counts in life is not the mere fact that we have lived. It is what difference we have made to the lives of others that will determine the significance of the life we lead,” Madiba once said. So make every day a day about giving back, a day that truly represents his great legacy.