Despite the apparent discontent with the leadership of the Wits branch of the National Education Health & Allied Workers’ Union (NEHAWU), the former chairperson was re-elected at a meeting yesterday.

Richard Sadiki retains his position, along with four other former executive committee members, after an election in Wits Senate House on Tuesday.

In a meeting last week, regional chairman Lulamile Sibanda said, “the workers will never be happy with their salaries … the leadership must be driven by the interest of the members of the congress.”

He called for elections that were democratic, open and frank. “[We] must seek to unite membership of the union.” 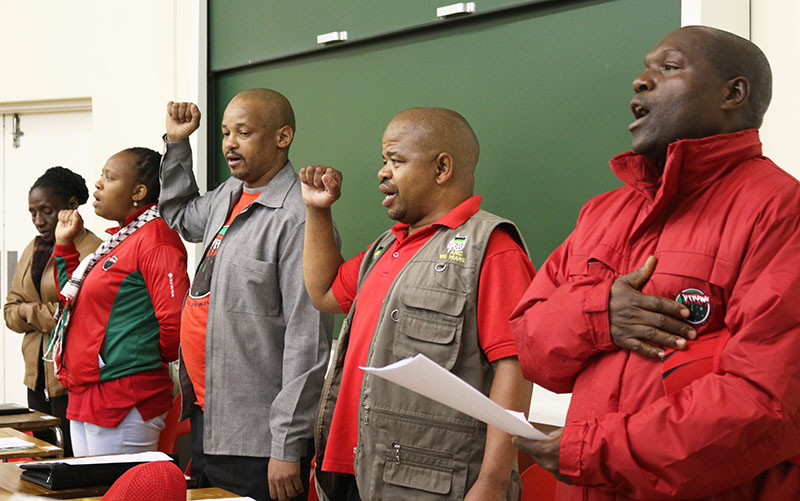 The former executive have achieved a lot, according to Nehawu members. These include having increased branch membership from 470 at the start of their term to 700, the compensation of workers who were not being paid overtime and the renovation of the female security officers change rooms (from toilets to proper bathroom facilities).

The new executive, which consists of 14 members (of which only three are women) in total, has its work cut out for it, according to the congress. “But we, the congress, have faith in our new leaders and expect continued success,” one member said at the close of the meeting.

The new committee will serve a four-year term, ending in mid-2018.