Past the costly E-toll gantreys on the Golden Highway, just 500 metres beyond the bright lights of the MacDonald’s and the Woolworths, lie the dark streets of Thembelihle.

Packs of dogs scramble for food scraps among the empty bottles and tin cans that litter the dirt roads. Smoke carries the odour of burnt plastic and cooking fires, as people prepare for their day. 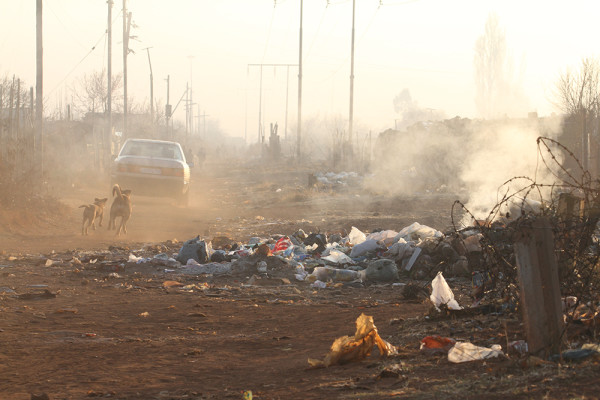 SURROUNDINGS: Smoke, dust and rubbish line the streets outside the houses of people living in the informal settlement. Photo: Luke Matthews

Figures appeared on doorsteps with brooms, sweeping the dusty entrances to their houses. Despite the poverty, their pride of ownership is evident. 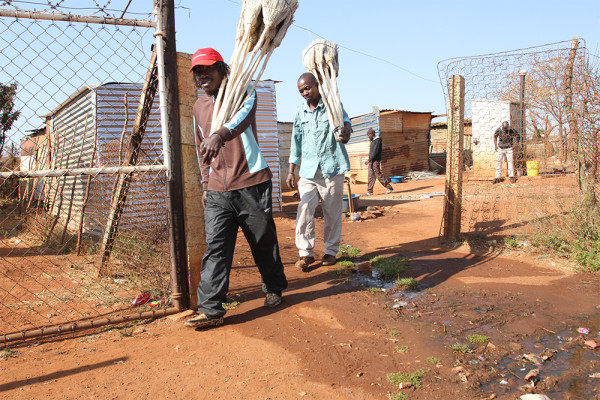 PRIDE IN THEMSELVES: Two men on their way to sell their home made brooms on the street, any job will do as unemployment is a real problem in the community. Photo: Luke Matthews

The people of Thembelihle have never been provided with legal electricity or running water. They pooled their money to buy a tap for each yard. Portable toilets have been brought in, but they leak sewage into the streets, where children play. 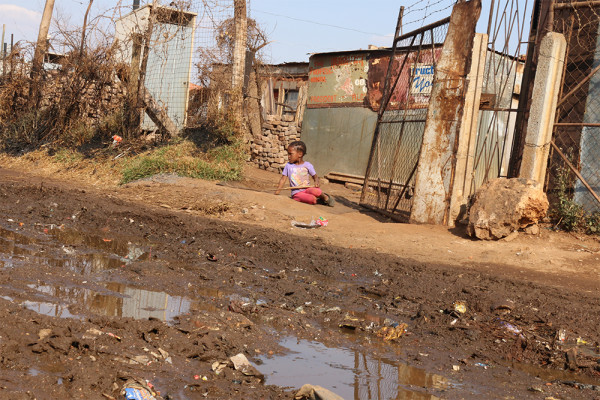 SEWERAGE: A little girl sits on the dusty roads with waste that has leaked from the toilets laying in front of her. Photo: Luca Kotton

A stone’s throw from this informal settlement which lacks all infrastructure, lies the built-up suburb of Lenasia, with fully equipped schools, sports facilities, shopping centres and private healthcare.

Tembelihle has been waging a decade-long battle with local government over the implementation of electricity. Recent protests have turned violent. Electricity boxes in surrounding suburbs were burnt down. Only a few days later, new boxes were installed. Yet still, Tembelihle remains without. 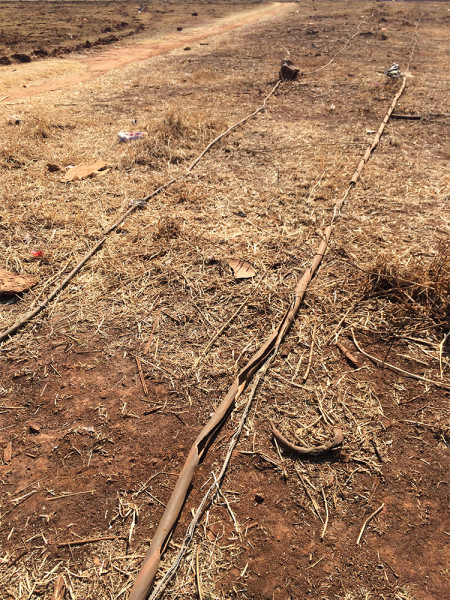 “We are not wanted here,” said a community leader and member of the Thembelihle Crisis Committee, who asked not to be named. “There’s an undertone of racism from the people of the suburbs.”

Desperation has caused the community to run power illegally from electricity boxes in the outer areas. The wires run across fields and past houses to provide the community with sparse light from sporadic lamps and outside lights.

The children wear gumboots at the slightest sign of rain. Everyone knows the story of the small boy who was electrocuted during a summer downfall. 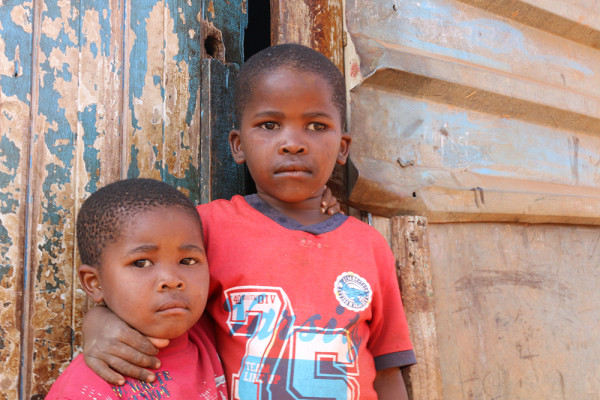 BROTHERS: The children face the challenge of being electrocuted on a daily basis, enough of a fear to scare any parent. Photo: Luca Kotton

Along the row of houses, a young child with an infectious laugh appears. Bright, named by the people of Thembelihle is only two, but can speak in perfect sentences and run errands for his mother. 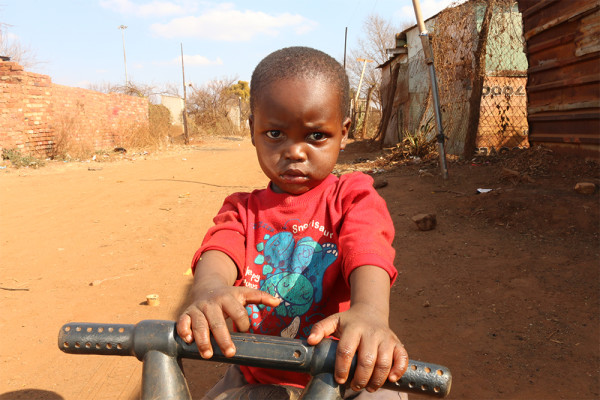 Given a few coins, Bright ran to the shop to buy himself sweets. Bright represents the future of his community, a future they hope will provide him and the other children with opportunities – the kind of opportunities that come with electricity and an effective infrastructure. 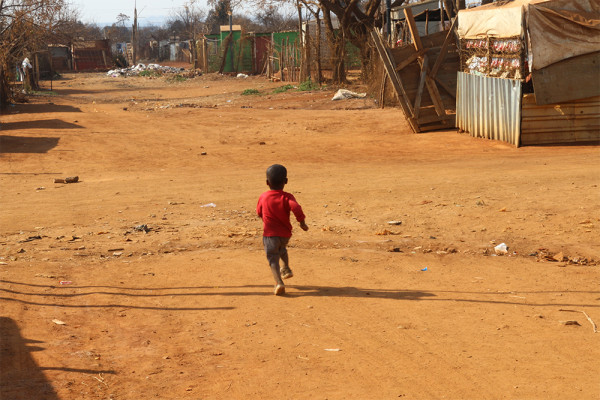 LIFE GOES ON: Bright is too young to understand the problems that exist in Thembelihle, the smile and energy he portrays is not echoed through the older generation. Photo: Luca Kotton