Q & A with Lisa Vetten

Lisa Vetten has been working as  a gender activist and works at the Wits Institute for Social and Economic Research (Wiser) as an honorary research associate. Vetten has a master’s degree in political studies and has been involved in a number of research projects dealing with violence against women.

Currently her work deals with rape and the criminal justice system, as well as how to fund services that provide help to the victims of sexual violence and abuse. She is also on the Commission for Gender Equality’s section six committee as a specialist on violence against women.

In your opinion, is enough being done by society and by government to support the victims of sexual violence?

No, there’s a really big gap I think between rhetoric and reality. You will always find good police officers, good prosecutors, and good people in the bureaucracy. But I think, on balance, many don’t seem too clearly interested, some have never been trained properly, some don’t have the resources required to do the job. And some of them really have an unhelpful, sexist attitude towards their work. 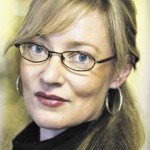 And one of the concerns has been that the police have been sucked in by the idea that they are chiefly responsible for prevention. And you see that in the targets they set for themselves every year. And that’s really not their role.

Their role is enforcing the rule of law. So their target should rather be around things like arrest cases to court, how they can remove barriers to reporting and how they can make the criminal justice system more effective so that somebody actually thinks it’s worthwhile to go and get involved with the police and the court. Because it sucks up a good deal of your life and your time and often you get nothing out of it except humiliation.

I think it relates to the point about the police and reporting because it’s important to be able to encourage those who have been raped to be able to feel they can speak without fearing stigma and shame.

But in many ways I actually think our campaigns needs to be around “How do we get society to listen?”  It’s all very well to ask people to speak out but if people don’t listen, or if they listen in ways that blame, I think they can make the problem worse. So we would like to see more campaigns around listening.