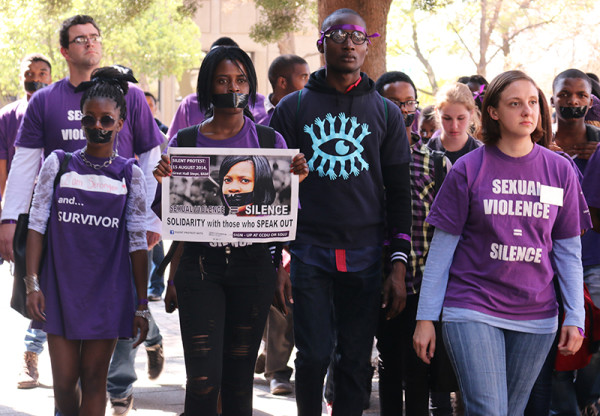 A fear of speaking out may have been the reason fewer rape survivors signed up to participate in this year’s Silent Protest, according to event coordinator Lauren Gmeiner, a psychologist and community advisor at Wits.

Gmeiner said there was more openness about the issue of sexual violence because of heavy coverage of sexual harassment issues at Wits in the media during the time of last year’s Silent Protest.

This year’s Silent Protest, an event to raise awareness of sexual violence, had only a handful of women participating who were rape survivors.

“Perhaps this is because of last year’s climate,” Gmeiner said. “Last year, there was a lot of sexual harassment, but this year people are afraid to speak out again.”

“We are pledging solidarity and are here to say that enough is enough.”

Gmeiner said that despite disappearing from newspaper headlines, sexual violence remained a serious issue for Wits and South Africa. Only one in nine survivors of rape report their attacks, according to the Rape Crisis Centre.

“This is significant because the numbers are huge,” said Gmeiner. “We are saying that we are not here to victim-blame or stigmatise.”

Nearly a thousand students and staff signed up for the event, said Gmeiner, with dozens marching silently with their mouths taped shut to represent the silence surrounding sexual violence.

Though the event did not have as many survivors of sexual violence speaking out, there were more men attending than last year.

“We are pledging solidarity and are here to say that enough is enough,” said Bongani Ntshimgila, a masters student in drama. 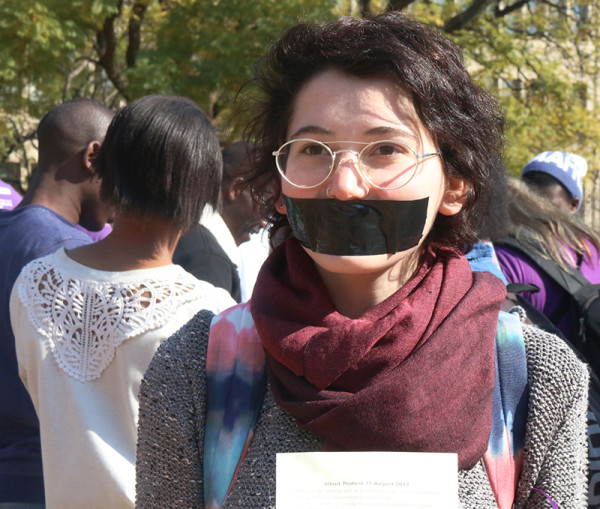 This year, theatre group Drama for Life partnered with the Wits Counselling and Careers Development Unit to assist on the day by ensuring that all participants felt supported, according to Faith Busika, a masters student in drama therapy.

“We have come in to support the protest, particularly the holding of space and well-being of people,” she said.

The day began early this morning when students met outside the Great Hall to have their mouths taped, collect t-shirts and have purple ribbons tied around their wrists. They were then encouraged to go about their day as normal—but with their mouths tape shut—before meeting on the Amic Deck for the silent march.

The group marched across campus before removing their tape and having a discussion of the day and a traditional “die-in” where protestors lie scattered, ending the day’s silence.