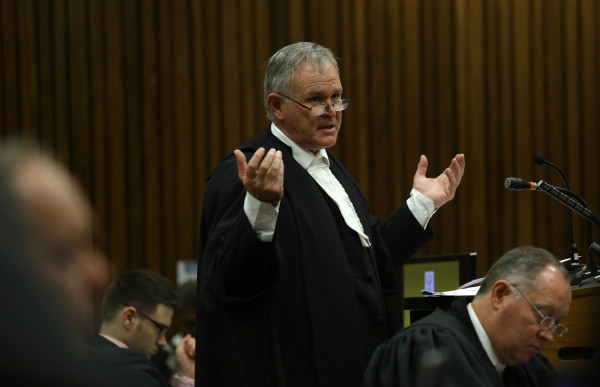 One of country’s most recognisable names in the legal professions says the biggest problem facing the law in South Africa is the lack of certainty in the criminal justice system for citizens.

Advocate Barry Roux, known as the attorney for murder-accused paralympian Oscar Pistorius, spoke to Witsies this week about the country’s legal system.

“If there is no certainty, there is no control” said Roux. He quoted the cliché that “justice delayed, is justice denied” saying when a criminal case is postponed four to five times, a lot happens in the natural system of life which hampers the progress of a case.

Policemen resign, investigating officers die and a witness who has attended court four to five times without giving a testimony will probably not come back a sixth time. Or if they do, the witness may no longer remember the facts, said Roux.

Roux told Witsies: “I wonder when I look at you, what’s going to happen to our justice system … You can all study, pass, become lawyers but you need to have the burn.”

He posed a question to Witsies about how they were going to get it right and fix the justice system. “I’m very happy to give up my profession tomorrow, if I knew there’d be no crime,” said Roux.

He described “tardiness” as something he has witnessed in the criminal justice system. He said it is important for young lawyers to know that “maybe it’s not all about me, what can I do to fix the justice system and not from the sides”.

Wits Vuvuzela asked Roux about the one thing he thinks the criminal justice system got right 20 years ago that is missing today. He said he would like to see “a better cohesion” between investigating officers and prosecuting officers.