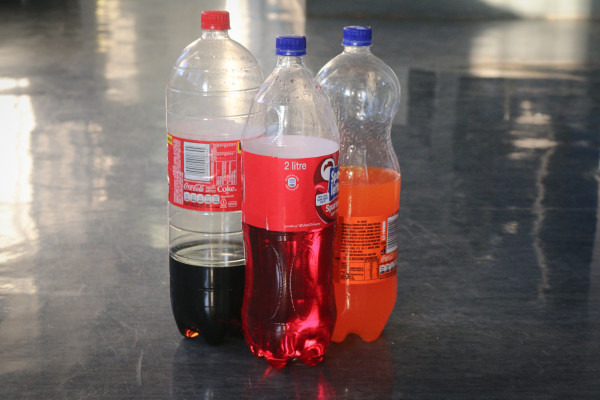 FATTY FIZZY: Regular consumption of these products could lead to being overweight. Photo: Thabile Manala

A young adults’ chance of being overweight increases by almost 30% every time they consume a 330ml can of a sugar-sweetened beverage (SSB).

Wits Researchers have found that one can of a fizzy drink contains an average of nine teaspoons of sugar and some can easily contain more than that.

The researchers agreed there are many contributing factors to obesity, however there is a direct link between sugar and gaining weight because fizzy drinks have “absolutely no nutritional value”, they said.

The research paper confirmed a recommendation made by Health Minister Aaron Motsoaledi that introducing a 20% tax on all SSB products would reduce sugar intake by 36 kilojoules per day.

The study has been met with a lot of defensiveness from the public, with comments pointing out that instead of increasing the sugar tax, why is the government not subsidising healthy food?

Another comment the researchers got during a radio interview said: “If you put another tax, we are already burdened with tax, you are gonna be taking money out of our pocket.”

Aviva Tugendhaft, fellow researcher, said: “A tax would work best with other approaches including health promotion, subsidisation of health food should occur, as well as easy food labelling … It would be more effective if incorporated with other promotions.”

Manyema said: “The cost of trying to cure a sick person, is heavier than [the cost] to prevent”. She added that it cost the state 23% more to treat an obese person compared to an average weight person.

Tugendhaft advised students to be more aware of how much sugar they consume, she said “eat your fruit, don’t drink it”. Tugendhaft further emphasised that students should make a habit of checking food labels before they eat.