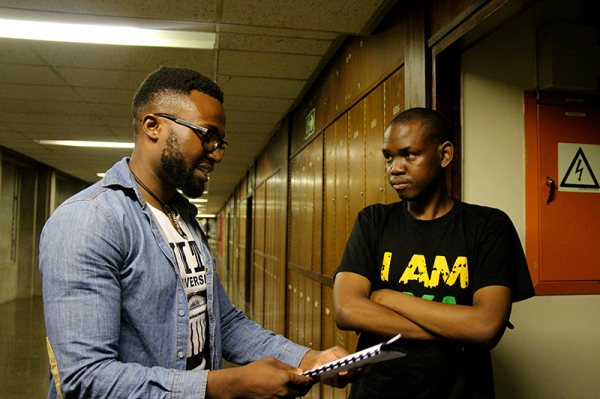 The first meeting of the newly elected Student Representative Council (SRC) held earlier today was declared an “illegitimate forum” by Project W members who subsequently walked out. The allocation of portfolios to new members continued after the walkout and was done entirely by members of the PYA (Progressive Youth Alliance).

At the start of the meeting which took place in Senate House, Project W’s Jamie Mighti objected to the process of voting for new portfolio holders and instead called for a discussion about the portfolios.

Mighti argued that the meeting “is governed by laws of the SRC constitution.” “According to the law, we are supposed to contest (the new proposed portfolios) and deliberate and not just go on a vote”, he said.

Outgoing SRC President Shafee Verachia who was chairing the meeting, denied Mighti’s request and started the process of voting. In objection, all six Project W members gathered their things and walked out.

Speaking to Wits Vuvuzela after the meeting, Mighti said: “We walked out because it was an illegitimate forum. They (PYA) are not allowed to dictate positions to us, and this was unjust abuse of power. They disregarded the SRC rules and procedures and refused to recognise them.”

Verachia adjourned the meeting after the walkout and reconvened it after a short break with the remaining SRC members, in accordance with rules governing meetings of the SRC. The PYA then nominated Project W members for vacant portfolios after key portfolios were filled.

Mighti said his organisation regard the portfolios allocated to them by PYA as “null and void” as Project W did not decide on them nor accept them.

“Because they did not discuss them or even deliberate them, they are playing with students’ lives. The portfolios proposed are white elephants. They are redundant positions which do not allow us to help students to our full potential”, said Mighti.

Project W told Wits Vuvuzela that they intend to lodge an official complaint with the university, and if the university refuses to recognise their complaint, they “will get a high court interdict from the high court, making today’s meeting completely illegitimate and reversing any outcomes that were decided upon”.