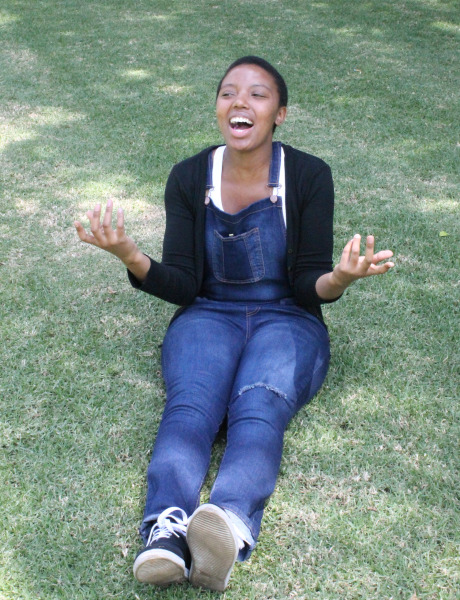 READY TO SCORE: Vice-Chair of the Wits Netball Club chats about the teams readiness for the new season. Photo: Ilanit Chernick

Despite not yet having a coach, the Wits Netball Club is positive about the upcoming Netball season.

“The only thing we are struggling with at the moment is finding a new coach,” she said, “Our old coach was selected as the assistant coach on the SA national side so it’s left us in a tight spot. We’re sad she’s left.”

Moropa said they have been searching for a coach “who best fits the team” and is confident they will find one soon.  “It’s hard to replace her though, she was like our mom.”

The team met on Monday evening and have decided to start training while finding a new coach.

Last year the team won the silver medal in the B section of the USSA league. The team hopes to win this year’s league and eventually make it to the A section in the near future.

“Our biggest opposition is the University of Limpopo … Their game is more mental than physical and we have to prepare ourselves not just physically but mentally too,” She said.

Wits Netball was narrowly beaten by the University of Limpopo during their final match of the USSA league but they are determined to change that this year.

“It was a tight match. We worked as a team and would not back down. We rely on each other and we will always do so.”

As a team, they enjoy spending time together and their favourite thing to do as a team is “eat”.

“If you want to make friends, push yourself or just want to become a better person, Netball will give you this.”

“We love eating! We love our food! We usually have KFC… If we’re not playing we’re eating,” Moropa said as she laughed.

The Wits Netball Club usually gets around a 100 sign-ups every year and has encouraged students to keep this trend going as they head into 2015.

“If you want to make friends, push yourself or just want to become a better person, Netball will give you this. It teaches you discipline but also lets you have fun. It’s a lot like life,” she said.

Netball training is every Monday, Wednesday and Thursday from 6pm to 8pm at the Dig Fields. All students are welcome.