Wits decries ‘race attack’ while the university investigates the incident 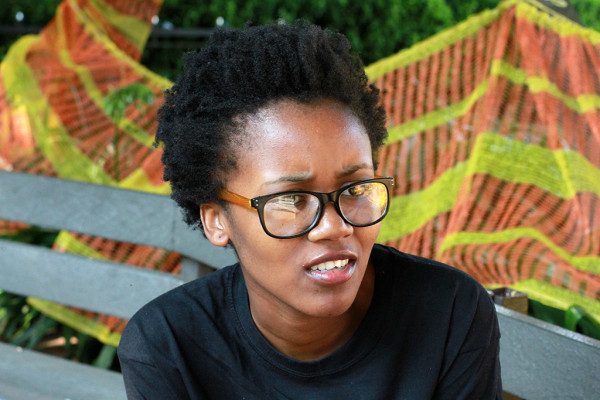 Student leaders have expressed outrage over a report that a law student was called a “black bitch” and assaulted by a fellow student outside a lecture hall on Wits Campus.

Sinethemba Memela, 4th year Law, said she was attacked on Monday morning after her Intellectual Property lecture which culminated in a white, female student shouting at her “I will fuckin’ kill you, you black bitch.”

SRC deputy president Shaeera Kalla called for legal action and said such attacks were not unusual on Wits Campus.

“This is not the first incident of this nature, most students just don’t report racists’ behaviour, and this begs the question: are we then saying that we accept such behaviour as part of our everyday lives?” said Kalla.

“What happened is completely unacceptable. We as the SRC and the university as well need to take transformation more seriously as well.”

According to Memela, the incident started after she “confronted” two female students during the lecture as they mocked the accent of senior lecturer, Dr Malebakeng Forere.

Memela said the students were commenting on Forere’s pronunciation of the word “patent”.

“I turned around and asked them why does it matters how she says patent, we all know what she means,” said Memela.

Memela said she tried to end the argument by saying the lecturer had a doctorate and did not need to be “undermined”, but added that she heard one of the girls refer to her as an “unnecessary bitch”.

When Memela asked them to repeat what they had said, one of the girls responded: “I said you’re an unnecessary black bitch”.

The verbal attacks later escalated into a physical confrontation as Memela was pulled by one of her aggressors outside the lecture venue. She said the student “pinched my breasts, daring me to beat her”.

The girl, according to Memela, was “screaming and shouting” before yelling “I will fuckin’ kill you, you black bitch.”

“The university can confirm that it is investigating a complaint pertaining to an alleged racist incident that occurred on campus this week,” said Patel.

“The university condemns racism in all its forms and will not tolerate any racist behaviour on its campuses. Witsies are expected to uphold the values of the Constitution and to engage in a tolerant and respectful manner.”

“We are not going to tolerate such unethical behaviour on our Campus,” said Molefe.

“What makes it more distasteful is that they’re law students.”

SRC member Jamie Mighti said the woman who allegedly assaulted Memela was herself a “victim of being taught hate” and called the incident a “moment to teach”. He said the women should not be given a harsh punishment.

“We should find ways to rehabilitate and reintegrate them into society. Harsh punishments only reinforce the hate in a person” he said.

Following the publication of the initial report on Wits Vuvuzela’s website Wednesday evening, dozens of comments were made on the alleged attack via social media.

“What makes it more distasteful is that they’re law students,” said Bakang Huma Morobane on Facebook.