Correction: Wits Vuvuzela apologises for the errors which initially appeared in the article. We have corrected the movement name to #TransformationWits and the name of Wits student, Shaun Stanley.

The second phase of the #TransformWits movement took place Thursday afternoon where a number of pillars were discussed and opened to students and workers present at the meeting. 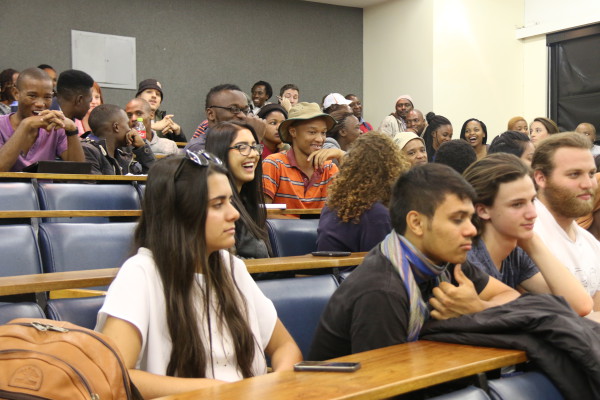 WITS TRANSFORMATION: The second phase meeting of the TransformWits movement was attended by a number students who showed solidarity with the proposed manifesto.  Photo: Sinikiwe Mqadi

This was the second #TransformWits meeting after the initial introduction of the movement to the University. The first meeting was aimed at getting responses and ideas from the Wits community.

The second meeting was aimed at discussing feedback from UCT and Rhodes University meetings to show solidarity with students from these institutions and to announce the movement’s manifesto.

The movement’s manifesto is divided into six pillars which the current working committee felt would best describe what the movement is set out to do. Speaking on how the movement would work from now on and the pillars of the movement, a member of the working committee, Panashe Chigumadzi said: “The movement centers black pain and those who are marginalized. There will come a point where people will be   told to leave the room if they go against these notions.”

The six pillars of the #TransformWits movement are:

Reactions to the manifesto

Wits community member, MA Philosophy student Shaun Stanley said that “there is, in the academy, some notion of what ‘African Philosophy’ is as it relates to issues within social sciences”. However what he believed to be vague, “is exactly what ‘African Mathematics’ or ‘African Science'” would look like. Stanley maintained that it was strange that a movement that is aimed to transform the university would seek to exclude some members of the university from joining the movement.

In response to Stanley’s second comment, a student who introduced herself just as Tshepiso (MA Politics student) said: “Black people’s issues must be heard first. All other issues will be dealt with later”. 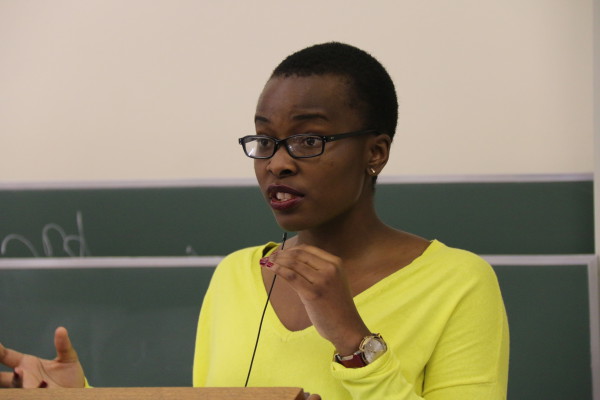 The manifesto can be found on the TransformWits Facebook page.

A memorandum will be handed over next week Wednesday to the Wits management. The Wits community is encouraged to give their feedback through email and Facebook before then.

The #TransformWits movement, which was started by Politics postgraduate students, was inspired by the University of Cape Town #RhodesMustFall movement, where members of the UCT community demanded the Cecil John Rhodes statue be removed from the university as the beginning of a transformation process at the university.

The statue of Rhodes was removed by UCT management Thursday, 9 April at 5:30pm.

#TransformWits will also host regular events next week at the Piazza outside the Great Hall at 1:20pm, and regular evening events at Central Block CB 38 from 5pm.