OPINION: Working while black at Rhodes 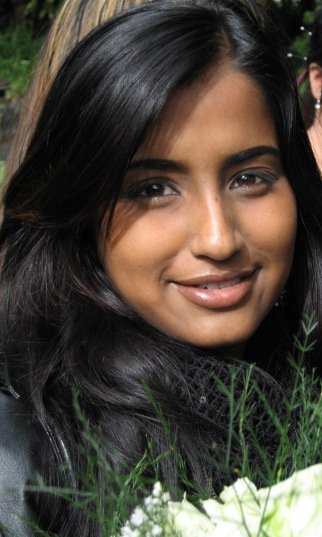 The extraordinary rejuvenation of student politics in South African universities has enabled a moment of real possibility. It is imperative that we seize this moment to have an honest conversation about racism in wider society, and in universities like UCT (University of Cape Town) and Rhodes, and to act to effect real change, writes Dr Vashna Jaganath.

This article originally appeared on the Daily Maverick.

I studied history at the former University of Natal in Durban where Keith Breckenridge and Catherine Burns built an extraordinary department, of the highest academic quality. The African experience was taken seriously, black thinkers were taken seriously and black students flourished. I am one of many black people that found my way into an academic life as a direct result of the space that was created in the Department of Historical Studies in Durban.

Moving to Grahamstown to work at Rhodes University was a profound shock to my sense of myself and my place in the world. Grahamstown started out as a fort on the colonial frontier. It remains an evidently colonial town, one that wears its settler history with pride. The colonial mentality that pervades the town has a clear presence within the University itself. In various ways the university, and a few streets around the campus, still remain very much a bastion of white power, looking up at the hills where the dispossessed black population live.

“Here, in both the university and the town, racism is a routine feature of everyday life”

Today the white section of town is guarded by private security companies rather than a colonial militia. But in the heart of the white part of town, in the university, whiteness is still taken as normal context for academic life and as a mark of excellence.

Here, in both the university and the town, racism is a routine feature of everyday life. Like other black students and staff members I have accumulated a long list of anecdotes, most of which recount experiences that would be unimaginable in the spaces in which I lived, worked and socialised in Durban. When I started working at Rhodes University I went to the library to arrange access. A white librarian told me that I was lying when I told her that I was a newly appointed member of the academic staff. I returned in tears., On one occasion, at a meeting of the transformation committee, it was assumed that I am not an academic member of staff.

Like many black staff members, and many black post-graduate students too, I have never felt at home at Rhodes or in Grahamstown. In order to survive the constant diminishment of our personhood, and the consequent mutilation of self, many black staff members and post-graduate students have to spend large amounts of time, sometimes hours a day, offering support to each other. Strong people are frequently reduced to tears. I myself suffer panic attacks when I have to return to the racism that asphyxiates me in Grahamstown after time spent in Durban or Johannesburg, cities in which I can breathe freely.

When I first arrived at Rhodes the university had attracted some national attention as a place where there was a discussion about white privilege. I personally found this discussion to be hugely problematic. It seemed to me that this discussion simply functioned to cast the white person publicly bewailing their privilege as the most ethical person in the room while avoiding any kind of discussion about building the kind of alliances and taking the kind of action that could achieve real change.

It was also immediately evident to me that at Rhodes white women had been the biggest beneficiaries of affirmative action. It is not uncommon for white women to present themselves as equally oppressed as black people. I have been subject to the most extraordinarily patronising engagement by white women in the name of feminism. Like many other black women I am deeply aggrieved at the way in which the white feminism that has flourished here so often casts the black man as the epitome of all evil. Along with many other black women in this space I am here, in large part, because of the unflinching support of my black father. It is a striking feature of Rhodes that African South African men are rarely appointed to academic jobs. As Gayatri Spivak has shown the demonization of black men is a longstanding feature of how colonial power operates.

There is constant discussion about ‘transformation’ at Rhodes but it never seems to go anywhere. Like many black academics I have concluded that these endless discussions, often themselves under white control, have simply not been effective in confronting racism.

The discussion about ‘transformation’ is inevitably presented in technocratic terms when the question of deracialisation and decolonisation is, clearly, a political question. Moreover the discussion is framed in a way that casts the black student and the black academic, whether absent or present, as the problem. Even on the occasions when the endemic racism of the institution is identified as a central problem it is not confronted.

The challenges that have to be taken on by anyone working while black at Rhodes exceed the constant exhaustion from everyday encounters with racism. One also finds that one’s intellectual energies have to be directed at the problems of the colony in a society in which the problems of the postcolony are becoming more acute with every passing day. For both blacks and white progressives working here the need to fight yesterday’s battles makes it very difficult to effectively engage the deepening crisis of the rest of the country, let alone to situate oneself fully within the debates across the global South. It feels like we are stuck in the 1960s, in the moment before Steve Biko and Richard Turner, and the movements that coalesced around them, started to challenge the racism of the liberal universities.

“An astonishing lack of basic awareness about what racism is”

Although Rhodes has been lucky enough to have two progressive black Vice-Chancellors the academic staff at the university is so overwhelmingly white that a lot of power has remained in white hands. The conversation about ‘transformation’ – which seldom deals with the fact that what we actually need to confront is deracialisation and decolonisation – has been often itself been monopolised by white staff. In some instances, even within the conversation about ‘transformation’, there is an astonishing lack of basic awareness about what racism is. On more than one occasion white staff have expressed sentiments that are immediately recognised by black staff and students as being rooted in a set of unexamined colonial assumptions.

White mediocrity is seldom challenged here. Yet blacks have to attain unquestionable excellence in order to demonstrate that they deserve their place in the academy.

Progressive whites report that crude racism is not infrequently expressed in conversations between whites. The sort of liberal paternalism, and maternalism, that assumes that inducting black people into the university requires that they be inducted into the grammar of whiteness flourishes.

Working at Rhodes while black often leaves me anxious and frequently makes me very angry. In many respects it has been a mutilating experience. One has to harden oneself to survive here and I worry that this experience is going to break something in me and turn me into the sort of person that I don’t want to be. Already my intellectual energies are withdrawing from my original academic interests and are increasingly focussed on the need to confront racism. This is one of the costs of the imperatives of survival.

Until the students took a stand there had been no serious challenge to the normalisation of white power and authority, and to a set of pernicious assumptions that have their roots in colonialism, at this university. We owe this generation of students, many of whom are exceptionally gifted, a debt of gratitude for opening up the space in which honest discussion and effective action may finally become possible. It’s been a long time coming but finally truth is being told to power.

Dr Vashna Jagarnath is the Deputy Dean of Humanities (Research) at Rhodes University.