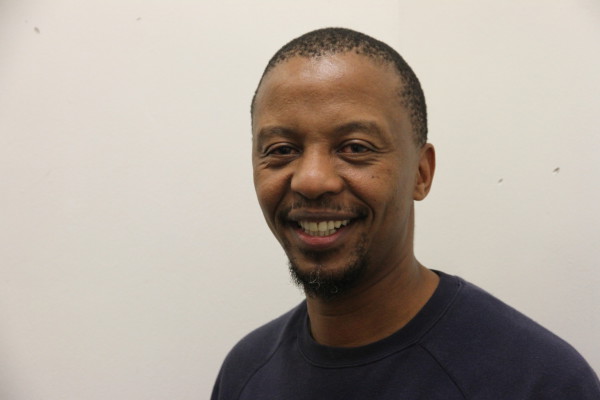 What are some of the challenges you’ve faced as a performer?

I guess, you learn to go through a lot of rejection because you are constantly going through rehearsals and stuff. You learn to depend on yourself a lot, which is a good thing. The industry is relatively young, monetarily it’s been a challenge.

What role do art and performance artists play within the context of a changing society like ours? A ‘new democracy’?

Well I think, people need to express themselves. Politics in South Africa are very dominant, and I think actually it can help ease the stress of people. Art enables society to reflect upon itself and I think the arts in our country have yet to take their rightful space. By that I mean we still take our cues from politicians… I think there’s still a lot of room to allow society to reflect on themselves.

Do you think art is doing that at the moment, reflecting society?

Yes. I think to a small extent but not enough. There’s still a lot of room for it to do that. I think at the moment, especially with television, the United States is very dominant and we want to emulate. Even when we do local stuff we want to say “American but local”, you know what I mean?

What would it take for us to create our own African identity within the arts generally?

It is to recognise your own, to love your own first of all. If you love yourself then you want to project yourself, to the world. There is a lot of work we need to do on ourselves. I think it’s coming.

The more we do our own thing the more other people will be interested in us. There are so many things that are particular to South Africa.

Transformation within the arts. Is enough being done?

Having been a lecturer here at Wits, there are a lot of women and there are a lot of Africans. Even if you were to go to other schools like AFDA, there is a lot of Africans and mainly females. The question then becomes what do they do once they are in the industry? Do they stay? But what I’m saying is that the change is happening. I can confidently say transformation is happening in that sense, but there is yet to be unity across the board. We’re still very much divided by race.

How would you like your work to be viewed in terms of subverting and interrogating South Africa’s racialized identities that have been given to us and we have come to assume?

That’s what I try to do with my work. The fact that I do a (August) Strindberg and it’s an all-black cast is to say something. Or I’d love to put on a play that’s in Zulu and has white people in it. I want to tell human stories and in my casting I want to break what we expect of it. In an effort to say humanity comes first. I really try to get people to see themselves differently through my work.