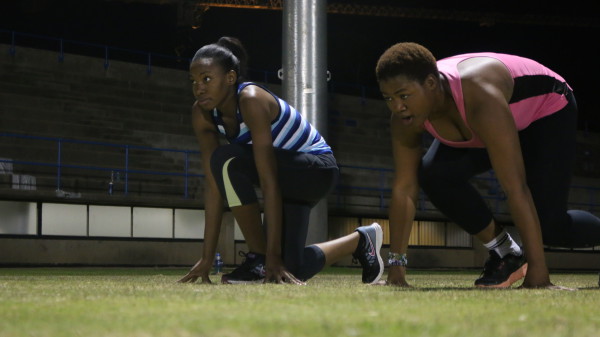 LOSING SPEED: The numbers of Wits Athletics club have dwindled since the start of the year. On the starting line (left to right) are Ndinannyi Maphula and Hope Mgwenya. Photo: Anlerie de Wet

Three women are the only members keeping the Wits Athletics club alive.

“We are not where we want to be, but we have a plan,” said newly appointed athletics coach and old Wits athletics champion, Richard Mayer. The coach doesn’t seem phased by the lack of members because, as he put it: “Where there is life, there is hope.”

The club began at the beginning of the year with nine members, but as academic pressures kicked in members started tailing off, according to Mayer.

“When people don’t take the sport seriously and with Wits Sport not funding us, it is really demotivating.”

The members who quit never prioritised athletics, said first-year BA General student Hope Mgwenya. “They just came to lose weight. They don’t have the passion or competitive urge for the sport.”

Mayer, however, is not bothered about people’s motives for joining the club. “Although we do need people to perform and profile Wits, we also need others, who may not be so talented, to commit and build-up the club.”

Ndinannyi Maphula, 3rd year Geology, said: “I am disappointed about the attendance. When people don’t take the sport seriously and with Wits Sport not funding us, it is really demotivating.” When Mayer joined the Wits Athletics club as a student in 1985, the club was thriving and produced champions such as Bruce Fordyce and Mark Plaatjes. “I want to bring back Wits Athletics to the success it was back then,” Mayer said.

Due to the lack of membership and funding the Athletics club will not be representing Wits at the University Sport SA (USSA) championships in Stellenbosch next weekend. Mgwenya believes the club will grow once they start competing and do well. “But now the club is not really active.”