Fight of the century only hours away

With one of the most anticipated boxing events in history only hours away we take a look at all the facts of the fight including who Wits boxers are backing. 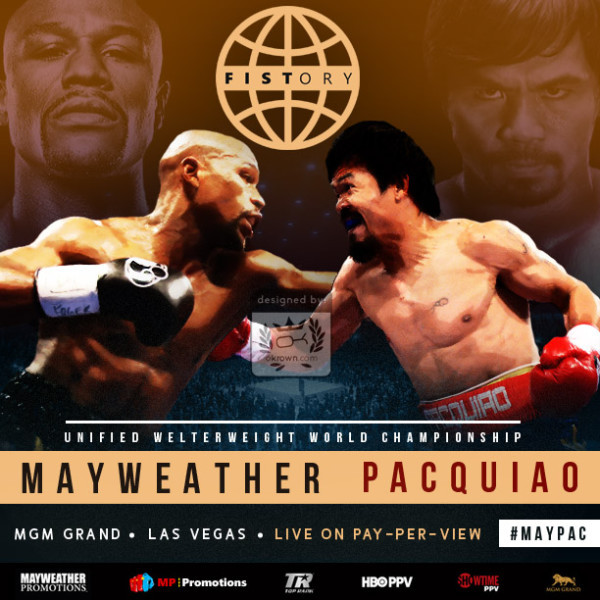 In the early hours of tomorrow morning what has been said to be the fight of the century will be taking place.

Manny Pacquiao and Floyd Mayweather are set to face each other in what will be the richest match in the history of boxing.

Even though views on who will win is pretty split, most bookmakers are placing the odds in Mayweather’s favour.

After speaking to some members of the Wits Boxing Club the general consensus is the same as those who are setting the odds, saying that Mayweather will win the fight.

“He has a lot more to lose and will push more.”

Mayweather, who is 38 years old, has never been defeated in his professional boxing career, winning 47 matches of which 26 have been knockouts. On the other hand Pacquiao at the age of 36 has won 57 matches, 38 times by knockout, but has lost 5 times and drawn twice.

Chairperson of the Wits Boxing club, Letsoalo Monokoane says he believes Mayweather will win because “he has a lot more to lose and will push more.”

All members of the boxing club that spoke to the Wits Vuvuzela said they will be awake in the early hours of tomorrow morning to be able to witness the historic fight take place.

The fight is taking place in Las Vegas at the MGM Grand Hotel which is known as one of the most famous boxing venues in the industry. The fight will be aired at 3:00 am tomorrow morning, South African time, and will feature a few pre-match fights before the curtain rises on the main event.