The former Metro FM host was arrested this weekend for drunk driving and released on bail. A court date has not yet been confirmed. 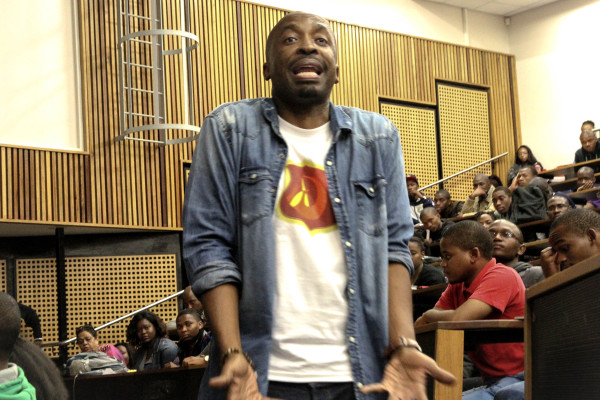 The former DJ will only make his first appearance in court when the police receive his blood test results.

Police spokesperson Kay Makhubela confirmed that DJ Sbu would not be appearing in court today as many had expected.

The DJ was returning from a gig in Westonaria when police pursued him after learning that he had allegedly been driving recklessly and running red traffic lights.

Gauteng police spokesman, Captain Tsekiso Mofokeng, confirmed yesterday that the 37-year-old “was arrested in the early hours of Saturday morning on a charge of driving under the influence of alcohol and will be appearing in court on Monday.

“He was arrested on Main Reef road, near Randfontein, and was later released on R1500 bail,” said Mofokeng.

In December 2007 the former Sbu was reportedly caught driving at 257km/h on the Golden Highway, south of Johannesburg. In 2012 he allegedly collided with an ADT vehicle while driving then girlfriend Terry Pheto’s car in Sandton.

The former Metro FM DJ was last year arrested for the second time for reportedly being caught driving beyond the speed limit. In 2012, he allegedly collided with a security vehicle while driving then girlfriend, Terry Pheto’s car.

DJ Sbu came under heavy legal pressure this past year after promoting his energy drink without paying for the space on his previous job at Metro FM.

Sbu then used a fake South African Bureau of Standards approved logo on the product.

Last month, Sbu was on the Wits campus, speaking at a talk hosted by the Wits Black Lawyers Association (BLA) on west campus, promoting his “Mofaya” energy drink.