A VowFM producer and journalist, Paul McNally, made waves globally when he won over R500 000 in an international innovation competition. 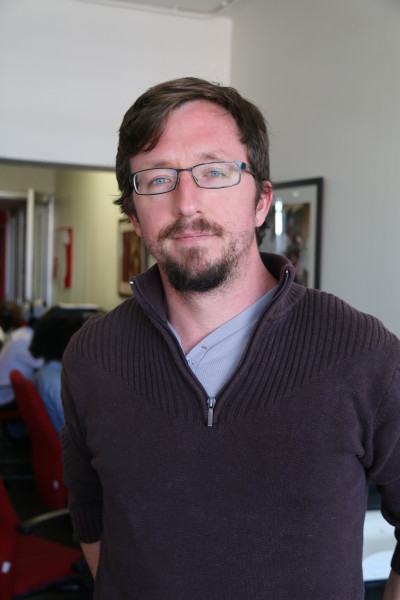 VowFM producer and journalist Paul McNally  won over R500 000 in a global innovation competition to start up a project he calls The Citizen Justice Network (CJN).

McNally, who also works for the Wits Justice Project, conceptualised the CJN which was named as one of the top five projects at the 2015 Global Innovation Competition run by Making All Voices Count.

The competition aimed to find innovative ideas to promote transparency, fight corruption, and empower marginalised groups across the world.

McNally’s project intends to “use community radio in order to get people to report on their own criminal justice problems, so it is to train activists that are in certain areas”. The project aims to find an activist who already works in justice issues, and then train them to become a radio journalist so they can produce their own stories and then flight it, on their local radio stations.

“Bringing together traditional media and technology and the idea that they wanted something innovative worried me,” McNally said of the competition. But it turned out the competition did not want everyone to be building apps, spending thousands on building new apps that no one will use. Using infrastructure that already exists and is accessible like sms’s is what ultimately counted in McNally’s favour.

Starting up the project

McNally says that because he has never run or organised a non-profit initiative. The next step will be all about “diligence, to the money, to what will work, to what won’t, to sourcing people and all the nitty gritty things to hopefully actually producing the content.”

The journey to the award

The journey to the final pot of money was an extensive one. McNally says that the process started when one of his colleagues at The Wits Justice Project told him about the competition. The initial lot of entries was narrowed down initially to 241 projects. “Then that went on social media, so the process was, you know, sort of whoring yourself out to everyone on your Facebook page and all that kind of thing.”

After the social media-driven voting process, the entries were then brought down to 50 after which another round of questions and proposals took place reducing the number to 30.

Skype interviews were then done with all remaining projects until the final 10 were chosen and flown to Indonesia for the final part of the competition.