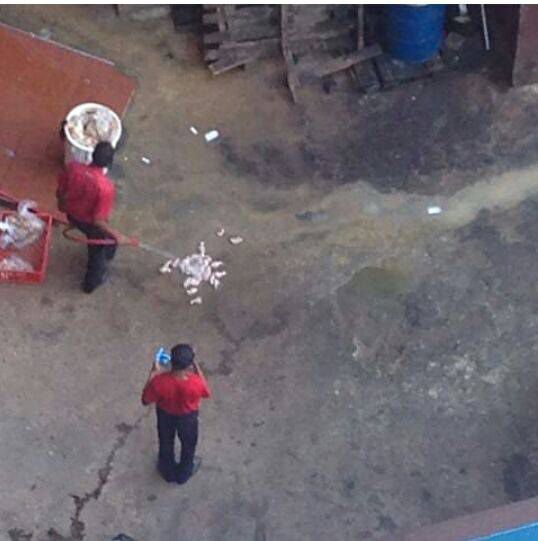 KFC employees are pictured washing raw chicken pieces on the floor outside the store in Braamfontein. Photo: Wits Vuvuzela.

Braamfontein KFC employees were photographed washing chicken on the floor in the backyard of the store yesterday.

A Wits University student, who wishes to remain anonymous, said she took pictures of the incident from a student residence adjacent to the KFC on the corner of Biccard and De Korte streets in Braamfontein.

The student told Wits Vuvuzela that she saw two people dressed in red and navy blue washing chicken on the floor using a hose pipe.

“We share the same backyard with KFC, so that was how I saw them, I am certain that it was KFC,” she said. 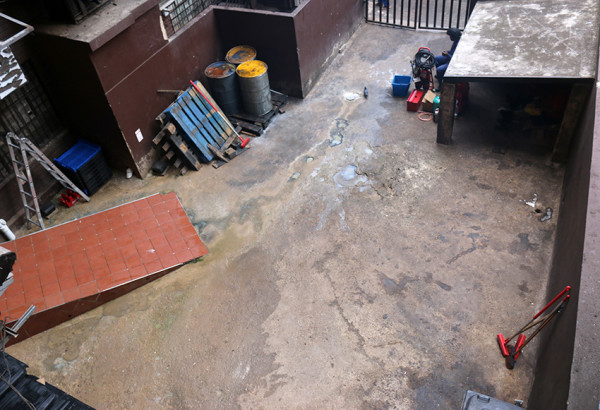 @KFCSA released a tweet saying they are aware of the incident and they are currently investigating the matter.

We’re aware of the incident in Braamfontein & take the preparation of our food seriously. We’re currently investigating this further.

Wits Vuvuzela visited the store earlier today and found the doors closed. A notice read: “Dear customers, good day, the store is currently closed until further notice. From management”.  People were observed inside the closed shop, some busy cleaning.

Doug Smart, KFC Africa MD, speaking to PowerFM a short while ago, said, “We’ve confirmed that that product was never going to be served”.